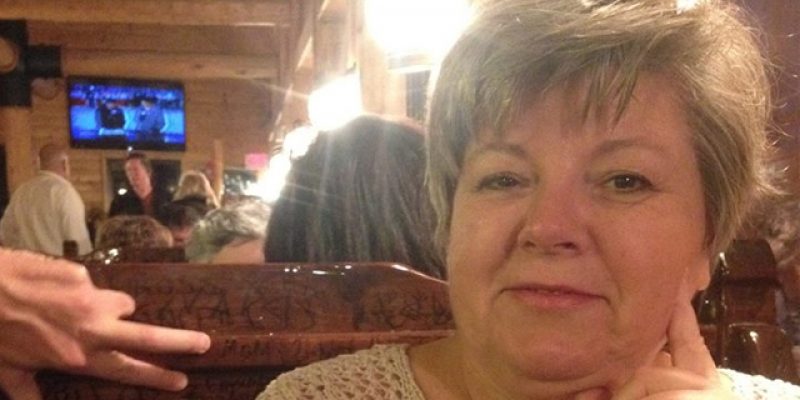 It has been said that if you want a friend in politics that you should get a dog.  It is an honest statement.  Politicos move from one job or project to the next.

Often, we lose contact with those we had nearly constant engagement with on the previous project.  It seems like a life time ago, when I embarked on my first political project.  Robin Edwards was there to hold my hand.  She served as both a friend and mentor, as I traded my career in architecture for one in politics.  Today, I want to share with you who Robin was and why she is so important to the conservative movement in Louisiana.

Robin was a true believer.  The type of person who would hesitate to discuss the likelihood of a bill passing, but remained focused on the merits of the legislation.   For her, politics wasn’t a game.  It wasn’t a rush or a paycheck.  For Robin, politics was about making a better life for her children and grandchildren.

When the Tea Party movement began, Robin stepped up and organized a rally at the state capitol.  She served as the first President of Baton Rouge Tea Party.  I succeeded her, but never stopped comparing my work to hers.  She was steadfast and diligent, but also lighthearted and caring.

The organization that she created has allowed so many conservatives in the capital region to unite.  It may seem simple, but what she did has changed the landscape of Louisiana politics forever.  If it were not for Robin, BRTP would have never defeated Kip Holden’s first bond issue.   If It were not for Robin, Dwight Hudson may have never caught the political bug and run for Metro Council. If not for Robin’s work as a lobbyist, we may not have the school choice laws we enjoy in Louisiana today.

Aside from those political contributions, she was a real person.  Politicos so often live behind a mask.  Many moons ago, when our projects aligned, I had the opportunity to get to know her.  She hated cleaning kitchens, but enjoyed feeding her family.  She thought Johnny Depp was super-hot (and she was right).  She adored her grand babies, in a way that most grandmas would be jealous.  She liked wine and loved her husband to the moon and back.  She always found a way to laugh and that is what I loved most about her.  We used to text each other during meetings and make jokes.

I look back over the last decade (yes, it has been almost that long), and I pause to honor one of our founding mothers. Many of you, who read The Hayride, are active in the Louisiana conservative movement.  You understand the impact the Tea Party had.  Robin was the cornerstone of that movement.  We had our differences and they were epic.

Today, I toast to Robin Edwards.   I truly sit in awe that someone so strong in spirit could be a mere mortal.

I wish I would have called more.

Interested in more news from Louisiana? We've got you covered! See More Louisiana News
Previous Article BRIGGS: It’s Time To Flip The Conversation
Next Article Mitch Landrieu Sure Looks Like The Man Without A Plan