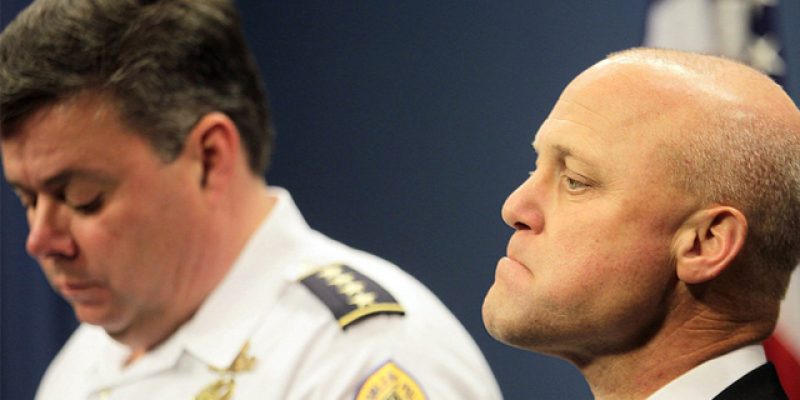 Mitch Landrieu owns the division that exists in New Orleans as we head in to the city’s 300th anniversary, and Landrieu is a man without a full plan. As American race relations deteriorated over the last several years, Landrieu brought local discontent to a new height when he initiated removing four historic monuments that have each been on display in New Orleans for more than a century. The Mayor had his initiative speedily approved by the City Council through ad hoc politics driven by talking points and generalities, rather than reason and consistency.  He has since hit a number of potholes, but the monument removal is set to happen if he can find a contractor willing to expose themselves to controversy and business boycotts.

A year and a half after Mitch began his witch hunt for political enemies to tear down posthumously, Landrieu cannot provide an answer as to what he wants to sit atop the Lee Monument or the Davis Monument when Robert E. Lee and Jefferson Davis are plucked down.

“We have never been a culture, in essence, that revered war rather than peace, division rather than unity,” Landrieu said in the Times Picayune. Landrieu does not want to put up something that reveres war.

“It ought to reflect the wonderful things that bring us together as a people,” Landrieu said in the Advocate. “Cultural progress we’ve made as a city, especially centered on the arts.” Landrieu makes one of many vague suggestions on what could replace the historic artworks.

Repurposing Jefferson Davis’ pedestal is not factored in the bid.  No matter who were to get the spot, the person will be identified as Jefferson Davis, the President of the Confederate States of America, unless the city were to spend money to have the inscriptions altered and removed.

This is perplexing because in every other instance when anyone wants to tear down a historic site or building, the proposed destroyer must have a plan in place for what will be replacing the historic site and why it is justifiable. A year a and a half later, the City Council has not called a meeting to discuss future artwork options.  None of the organizations—Historic District Landmarks Commission and Human Relations Commission—that rubber stamped Landrieu’s cause have called such a meeting. Nothing is planned.  No public discussions held.  No artists commissioned.  No money for new monuments mentioned.  Mitch is the man without a plan.

The cost of new monuments may be Landrieu’s best kept secret.  For instance, the donation drive by the Beauregard Monument Association spent $22,000 in 1915 to fund the Beauregard monument. According to the U.S. Inflation Calculator, that total works out to about $530,000 in today’s money. So the amount of money needed for new statues to stand atop the Jefferson Davis and Lee monuments may draw sticker shock.

The bid opening is scheduled for April 4th.  It went to bid last year, was extended twice when no bids were submitted, and eventually Landrieu had to give up.  Landrieu’s current “plan” falls far short of a conclusion. This year, if Landrieu’s plan is carried through—as in, he actually receives bids, raises the money, and hires a contractor(s)—it rips the city’s racial divide open further.  Landrieu’s current plan leaves New Orleans with empty pedestals for the Tricentennial, showcasing the city’s gaping wounds on display to the world.