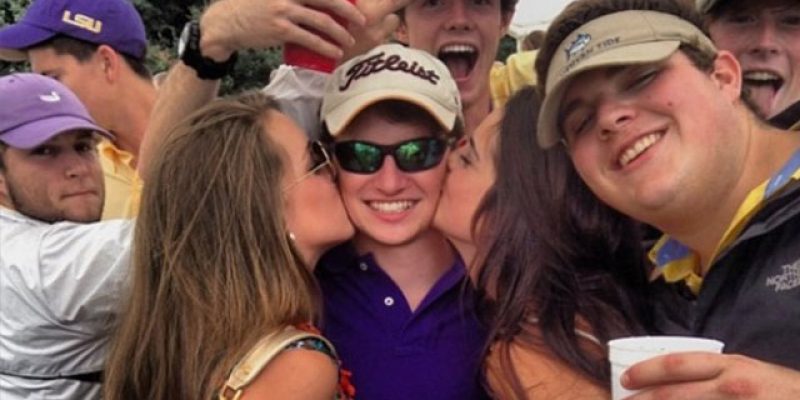 There’s a lot going on in Louisiana this week, but the story which seems to have captivated the state is the news that LSU is planning to install a beer garden somewhere in Tiger Stadium this fall.

Which is a mostly good idea, for a number of reasons we’ll get to on the bottom of this…

Van Pelt has always been an admirer of LSU – or more specifically, an admirer of LSU’s gameday atmosphere where football is concerned. As such, though, he might not understand the logistical and other advantages of a beer garden, which include:

1. By attracting the serious drunks to the beer garden, you’re taking them out of the general population where they often create uncomfortable situations for the other fans. Having them concentrated in the beer garden also allows easy pickings for law enforcement, and quick arrests in the event of wholly unacceptable behavior.

2. With a beer garden available, there is less reason for fans to sneak in the hard stuff. The Ziploc bag full of Jim Beam can supercharge a stadium Coke into a lethal weapon for creating torqued-up drunks at the game. Beer has a lower alcohol content and could make for a smoother ride to the 4th quarter.

3. Van Pelt mentioned the money. By reputation, LSU should dwarf Texas’ $3 million in alcohol sales from last year. Figure an average price of a beer at, say, $8, and over six home games (LSU will go back to playing seven home dates in 2018) you hit the $3 million mark at 62,500 beers per game. Which is a lot, even though you probably know some LSU fans capable of putting a dent in that number all by themselves. But if the beer garden is big enough, and if it’s open an hour or two before the game, 62,500 is not impossible. At seven home games the number is a bit under 54,000 per game. There are well more than 54,000 beers consumed in an hour on that campus before an LSU game.

Not to mention the money you could make by having Uber sponsor the beer garden.

Now, there’s a downside here. Which is that by pulling people into the beer garden, which is more or less a sports bar on the stadium site, you’re taking them out of the seats. And that can be a detriment – after all, you want a full house when you’re playing Arkansas or Auburn, not a bunch of people watching on TV screens nearby. Some of those are the unruly drunks who keep the cops and stadium marshals busy, but some of them are good fans. And yes, by having beer available during the game you might be contributing to the number of people who are inebriated and driving home.

Come to think of it, that could be a feature as well. The DWI attorneys ought to be purchasing signage in that beer garden no matter the price.