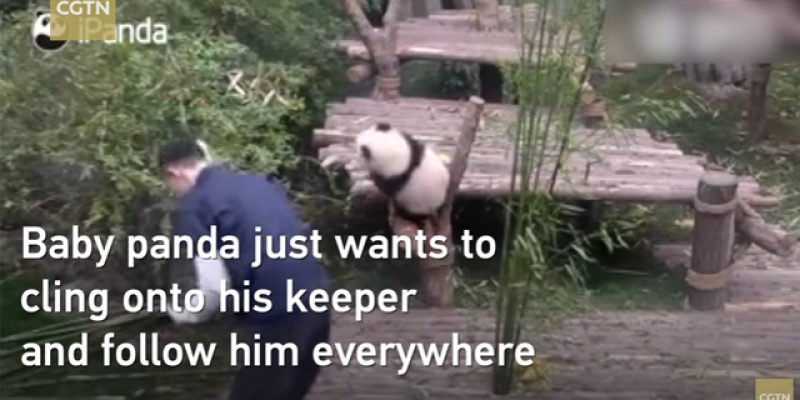 This video’s a week old, but it beats MacAoidh’s shameless clickbait from yesterday about the house o’ puppies.

Not that the house o’ puppies thing wasn’t good stuff. But it can’t compete with a baby panda bear.

So the setup to this is there’s a place in Chengdu, which is in Sichuan Province (that’s where all the spicy food comes from) in the southwest part of China, where they’re tryin’ to breed pandas in captivity. That’s hard as heck to do, supposedly, but obviously it’s not impossible.

It’s not impossible because here’s a baby panda who showed up some kinda way. And the zookeeper is puttin’ out bamboo for the lil’ cub to munch on, which is appreciated.

The thing is, pandas don’t stay this friendly. Which is a good thing, because they get a lot bigger. And a full grown panda hangin’ on your leg isn’t what you want – no matter how much bamboo you might have for him.