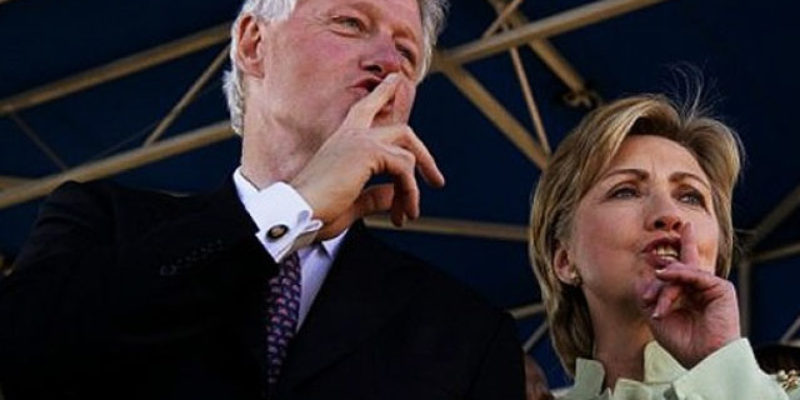 I’m not going to go into a long dissertation about this Jeff Sessions controversy. By now our readers know the whole story. Sessions was asked during his confirmation hearings if he’d discussed the presidential election with anybody from the Russian government and he said no. Then, because the partisan Democrat media came out with a wholly dishonest story purporting to have caught Sessions in a lie – last year he had a meeting with the Russian ambassador who was pleading that country’s case to all the members of the Senate Armed Services Committee about how they hadn’t done anything wrong in Ukraine, plus there were a number of ambassadors, including the one from Russia, who attended a Heritage Foundation event at the Republican National Convention in Cleveland, and Sessions was also there – there is a feeding frenzy among Democrats who think they can pressure Sessions into resigning and thus claim another scalp from the Trump administration.

This is crap. It’s pure destructive opportunism, and it’s the kind of thing which will negate the ability of government to do its job.

Understand that the same people attempting to kneecap the Trump administration by taking Sessions out had absolutely no problem with Eric Holder lying under oath about whether he’d conducted a gun-running operation to supply Mexican drug cartels with weapons to terrorize the people in that country. They defended Holder to the hilt. They also defended Holder’s successor Loretta Lynch when she conducted an ex parte communication with Bill Clinton on the tarmac of the Phoenix airport shortly before pressuring the FBI to drop the investigation of Clinton’s wife, who was the Democrats’ presidential nominee.

These people denied there was anything untoward at all in those actions. Now they want Sessions’ head because he did his job as a senator and met with a foreign dignitary about a subject his committee oversaw, which had nothing to do with the allegations they continue to make about how the Russians fixed the 2016 election.

This, when the Russians have meddled in every American election since 1917. Ted Kennedy actively solicited the Russians’ involvement in the 1984 election, and to this day Democrats treat Kennedy as some sort of revered figure. What makes Russian meddling in the 2016 election objectionable is it may have been the first time Democrats didn’t profit from such activity.

So there ought to be a response. Sessions retreated to defensible ground by recusing himself from any investigation of Russian meddling in the election. That investigation isn’t going anywhere, because it’s already been undertaken by the FBI, which hasn’t come up with anything, and Congress, which has produced similar results. Sessions said since he had an involvement in the campaign there is good reason to step aside from the investigation, and that’s fine – even if it’s more than circumstances call for.

But Chuck Schumer and Nancy Pelosi want him to resign. Keith Ellison wants to put him in jail. These aren’t honest brokers and they don’t come to the table with anything resembling good faith. They want a war, and they want Sessions to be a casualty of that war.

Fine. There’s an obvious response, and it can come from Sessions. Which is to do what Lynch would not and to prosecute Hillary Clinton.

Not for her e-mails, though that was a scandal certainly worthy of an indictment and perhaps it could be added to the pile. But for the Clinton Foundation, and the pay-for-play corruption inherent in it.

Empanel the grand jury and get the indictment – there is more than enough already in the public eye to have that happen. Make it the only thing anybody in Washington will talk about for the next two weeks. Do it out of Main Justice if you don’t have a U.S. Attorney yet appointed in the Eastern District of New York, which is where the FBI investigation of the Clinton Foundation has been undertaken and, to date, squelched by Lynch’s former underlings (she was the U.S. Attorney there before she was promoted to Sessions’ current job).

And send a signal that if the Democrats want to continue their stupid games, stupid prizes will abound. That if they want to wage political war rather than participating in governance, there is a steep price they’ll pay.

Look, we all know the Clintons will never, ever go to trial for their corruption. They can’t afford to. Get that indictment against them and they’ll deal – fast. You don’t have to demand jail time; just get a plea agreement. It’s sufficient that the public knows you prosecuted the Clintons for being crooks to break their influence. That’s all you need to make an example to show the rest of that party who’s boss.

On Tuesday, Trump gave a speech practically begging the Democrats to play a constructive role on Capitol Hill. This idiocy with Sessions was the response they gave him. So be it. Do the obvious thing and pay them off for their rabble-rousing. They’re feral children, and the only known method of civilizing such people is through superior power and the imposition of fear. This is the most easily obtainable method to do so.

Interested in more national news? We've got you covered! See More National News
Previous Article Coming Soon In Lafourche: The “Let That Son Of A B*tch Go Back To Mexico” Library
Next Article VIDEO: Have You Seen The Baby Panda Who Won’t Leave The Zookeeper Alone?