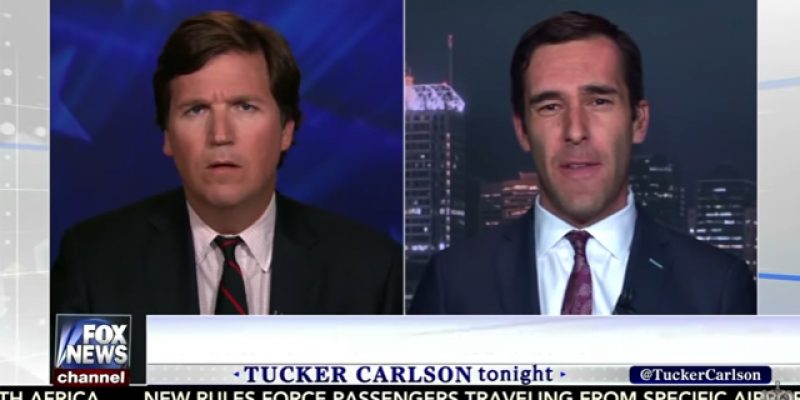 By now our readers have surely heard about the terrible case in Rockville, Maryland, in which two illegal aliens – one, 18, from Guatemala and another, 17, from Honduras – placed in a ninth-grade classroom in a public school by the Montgomery County school system took a liking to a 14-year old local girl in that classroom and proceeded to drag her into a bathroom and have their way with her.

It’s a shockingly awful case, made worse by the school system’s refusal to acknowledge the problem their policies have caused, and the problem sanctuary cities in general have caused. There has been notable anger as a result.

It’s clear the Democrats in Maryland and elsewhere simply don’t understand the problem, either. Last night Tucker Carlson had one of them, Baltimore city councilman Zeke Cohen, on to discuss those sanctuary policies.

And it turns out Zeke Cohen is not a particularly impressive individual. He is a talking point-spewing imbecile, who offers robotic programmed answers to real questions Carlson is asking about the results of sanctuary policies which clearly don’t keep citizens safe. Cohen offers platitudes about the rich diversity immigrant populations bring, which has nothing to do with whether violent Third World criminals should be allowed to run free on our streets and in our schools as illegals. One can be for immigration and against having violent illegal immigrants at the same time, which Cohen doesn’t seem to grasp.

It descends to such absurdity that Cohen actually compares ICE agents following federal law in deporting illegal aliens to Nazi stormtroopers dragging Jews into gas chambers, which he had publicly done prior to going on Carlson’s show and then doubled down on during the interview.

There are ridiculously poor debate performances several times a week by Democrats on Carlson’s show. We’re not quite sure we’ve seen one so robotic, unresponsive and laughably unconvincing as this one.