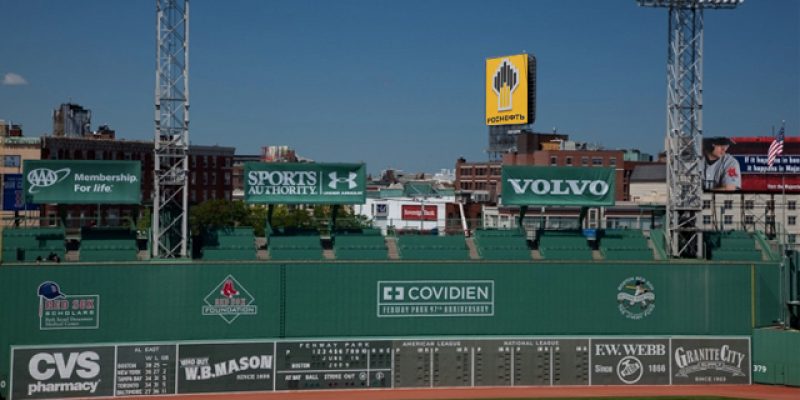 Here’s something interesting from the energy sector with fascinating geopolitical implications. A press release from Sen. Bill Cassidy’s office…

Venezuelan state-owned oil company Petroleos de Venezuela S.A. (PdVSA), parent company of Citgo Petroleum, used 49.9 percent of Citgo shares as collateral for a loan from Rosneft, a Russian government-owned oil company. It has also been reported that Rosneft has acquired additional PdVSA bonds on the open market that could bring Rosneft’s ownership potential of Citgo to more than 50 percent if PdVSA defaults on its loan. International market analysts predict that PdVSA is likely to default on its debt due to the ongoing economic crisis in Venezuela. This would give Russia significant control over vital US energy infrastructure.

“Ronald Reagan said ‘trust but verify.’ If a Russian government-owned company becomes a significant owner of a US energy facility, we must do everything within our power to ensure that US workers and US interests are protected,” said Dr. Cassidy

The Citgo Refinery in Louisiana employs more than 1,800 people and produces over $547M in economic impact to the community.

See articles on the developing story below:

And here’s the text of Cassidy’s letter…

We write to bring to your attention, as Chair of the Committee on Foreign Investment in the United States (CFIUS), a series of international transactions that could have significant national security implications for critical energy infrastructure in the United States.

As you are aware, Venezuelan state-owned oil company Petroleos de Venezuela S.A. (PdVSA) wholly owns Citgo Petroleum which operates energy infrastructure in the United States including three refineries, several pipelines, and terminals. Last year, facing extreme financial pressure due to Venezuela’s economic crisis, PdVSA used 49.9 percent of Citgo shares as collateral for a loan from Rosneft, the Russian government-owned oil company run by Vladimir Putin’s crony, Igor Sechin. Rosneft and Igor Sechin are in fact currently subject to economic sanctions due to Russia’s belligerent behavior. It is our understanding that Rosneft acquired other PdVSA bonds on the open market that could bring their ownership potential to more than 50 percent.

A number of respected international market analysts predict that due to the ongoing economic crisis in Venezuela, PdVSA could default on its debt in the very near future. In the case of default, Rosneft would then acquire at least a 49.9 ownership share in PdVSA and its subsidiary Citgo. This could leave Rosneft, a Russian company controlled by oligarchs with close ties to Vladimir Putin, in control of critical energy infrastructure in the United States.

Over the course of the last year, Russia has escalated its attacks on the United States in various ways including cyber campaigns intended to sow distrust of our democratic institutions and violating arms control agreements. Russia has also expressed strong opposition to existing sanctions. As such, we are extremely concerned that Rosneft’s control of a major U.S. energy supplier could pose a grave threat to American energy security, impact the flow and price of gasoline for American consumers, and expose critical U.S. infrastructure to national security threats.

As the Chair of CFIUS, we ask that you proactively monitor the situation and that your staff keep our offices briefed on your efforts and any informal review process of Rosneft’s potential acquisition of Citgo. We understand that formal actions are initiated by a formal notification by the parties to a merger, acquisition, or takeover, but we believe that you should be prepared for this eventuality in the case of an acquisition by default.

In the event Rosneft were to acquire Citgo, we would expect a thorough, conflict-free, and expedient review.

Please provide a response no later than April 28, 2017. Thank you for your attention to this important matter.

If Rosneft were to buy Citgo, it wouldn’t just imperil the view from home plate at Fenway. That would make for the second major Russian incursion into the U.S. retail fuel market – Lukoil has gas stations here and there, and particularly on the East Coast. Here was Chuck Schumer with Vladimir Putin at the opening of one of them… 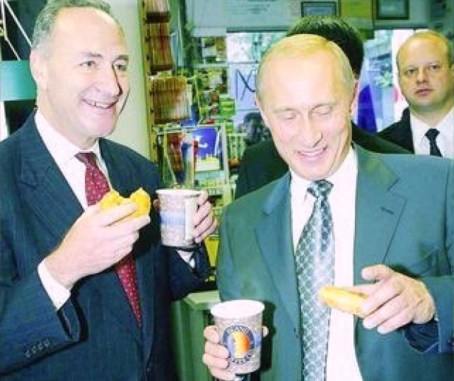 Is it a good idea for the Russians to be holding a chunk of the retail fuel market in America? It’s hard to say. One would think people would avoid buying gasoline at Citgo stations if they’re owned by the Russians just like they avoid Citgo stations now given that they’re owned by Venezuela. Or maybe there would be a different segment of boycotters; this time it would be Democrats refusing to buy Citgo gas.

But there are only so many street corners on which you can put gas pumps, theoretically, and the Russians might be looking at the possibility of accessing those as a means of getting hard currency out of the rich American market. Since the end of the Cold War Russia has been pathetically incapable of coming up with anything they can export to this country; automatic rifles, tanks, fighter jets and natural gas, which is more or less all they make that anybody would want to buy, don’t generate much of an import demand in the U.S. private sector – most Americans who want machine guns would buy Belgian or Israeli before Russian (though not all), and American natural gas is a lot cheaper than the Russian kind after it’s put on a boat to come here.

Yes, vodka. Turns out they make it just as well in Austin as they do in Moscow – hell, Stolichnaya, which everybody thinks is the quintessential Russian vodka, comes from Latvia.

Virtually every other developed country on earth exports large amounts of something to the United States. Economic basket-case Russia does not. To find a way to export oil to America and then profit off refining it into gasoline for sale here, and to get that done at a fire-sale price by buying Citgo off the dirt-broke PDVSA, could be a major coup.

And it would also mean the Russians would own an oil refinery in Lake Charles, which is a little creepier than the Venezuelans owning it.

Cassidy’s right to be interested in this prospect. We should all be.

Interested in more national news? We've got you covered! See More National News
Previous Article Here’s An Amazing, And Troubling, Story About A Louisiana Politician’s Dangerous Brother
Next Article JBE’s Gross Receipts Tax Plan Has Earned Him The Most Brutal Attack Ad Of The Year So Far