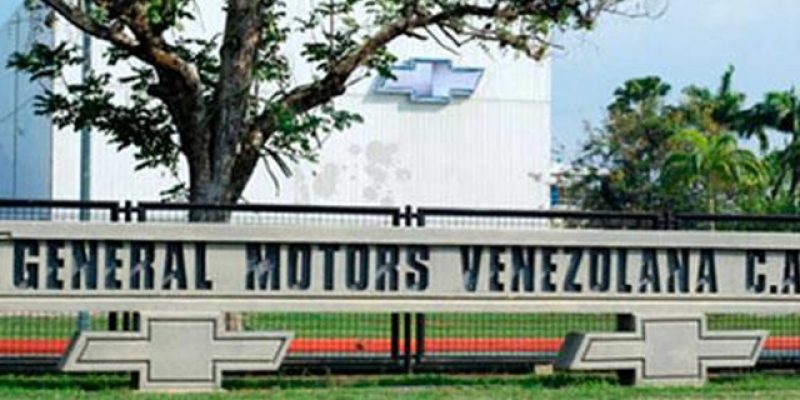 Not that this is any particular surprise, as the Venezuelan dictatorial regime has systematically nationalized the property of every foreign country which hasn’t paid bribes and protection money to stave it off.

But it’s a nice object lesson in socialism, no?

General Motors says it will immediately halt operations in Venezuela after its plant in the country was unexpectedly seized by authorities.

GM (GM) described the takeover as an “illegal judicial seizure of its assets.”

The automaker said the seizure showed a “total disregard” of its legal rights. It said that authorities had removed assets including cars from company facilities.

“[GM] strongly rejects the arbitrary measures taken by the authorities and will vigorously take all legal actions, within and outside of Venezuela, to defend its rights,” it said in a statement.

Authorities in Venezuela, which is mired in a severe economic crisis, did not respond to requests for comment.

It was not immediately clear why authorities seized the GM plant. Huge swaths of Venezuela’s economy have been nationalized in the years since former President Hugo Chavez rose to power. Under Chavez, who took office in 1999, the state took control of private oil, telecommunications, energy and cement businesses.

President Nicolas Maduro has continued the tradition, while blaming the United States and its companies for Venezuela’s economic and political problems.

The plant pre-dates the arrival of the Chavez regime, and used to be a proud example of cooperation between American companies and advancing Latin American democracies. Then came Hugo Chavez, who absolutely ruined that country. Maduro is only finishing off the destruction Chavez started.

The GM plant in Venezuela hadn’t actually produced any cars since 2015 – because it couldn’t get parts, as paying for them in Venezuela’s worthless currency is nearly impossible, and to actually sell cars to Venezuelans who are too busy diving in dumpsters for food to think about a new set of wheels is a waste of time. So halting operations means they won’t be making any more spare parts for GM cars in that country.

So the Venezuelan regime is now responsible for 2700 employees who have nothing to do. All they got out of seizing the plant was a few leftover cars for regime apparatchiks. And once that swag has been doled out, they’ll have nothing.

Which is what you have with socialism. Nothing.

If nothing else, this incident will provide an enlightening, educational moment for the rest of the world. It’s a given that this is bad news for General Motors, for the workers there… let’s just say it. This is bad news for everyone except Maduro and his cronies. But it also serves to further pull away the mask, allowing the rest of the world to see what’s actually going on. So gather around, kids, because we’re not only seeing how socialism ends (and it always ends this way) but also how the socialist machinery operates through the various phases of its life cycle.

Originally, the government tolerates the presence of foreign manufacturing entities such as General Motors to fill needs they have which can’t be handled domestically. (GM has been there for roughly seven decades.) It’s not that the Venezuelan people are incapable of innovation or creation… there’s simply no motivation for them to strive for success. Anything they create simply becomes the property of the state anyway, so the hard working, innovative person doesn’t realize much more success than the guy who can barely keep his eyes open to show up for his job sweeping the sidewalk. There’s no point to being particularly innovative.

So companies such as GM are allowed to go to work. But once the system inevitably begins to implode, the tyrant in charge begins looking for new resources to grab. In the name of the socialist concept wherein everything “belongs to the people” he seizes the GM plant. They take the cars which are there to hand out to high ranking party officials and divide up the assets while demanding that the workers get back to producing automobiles. This is, of course, impossible because they don’t have the parts to do it and the people who actually know how to run things are fleeing.