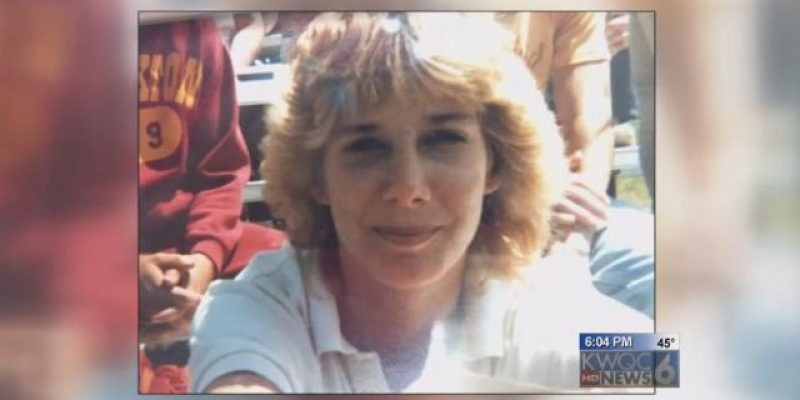 The woman in the picture above was a murder victim. She was also kidnapped from the convenience store at which she worked, brutally raped, tied to a tree and then shot in the eye before being left to die in that Kisatchie National Forest not far from Ft. Polk. Her name was Karen Hill, and she drew her last breath in unspeakable agony in 1988. She was 21 years old.

Hill’s murder wasn’t the only one with a similar pattern. There were others, which the district attorney believes were committed by the same perpetrator. After 10 years, Samuel Galbraith – a soldier at Ft. Polk at the time of Hill’s murder, was arrested, charged on DNA evidence from the scene, pled guilty to Hill’s rape and murder and sentenced to 71 years in prison. That was in 1998.

And on Sunday, Galbraith is set to go free thanks to a 3-0 decision of a parole board appointed by Gov. John Bel Edwards. Here’s WBRZ-TV’s report on the case…

What the parole board is doing is indefensible, and Edwards is likely to get bombarded with phone calls at (225) 342-7015 over its decision. One hopes he listens to those calls and acts to reverse the parole board’s decision.

But as grave an injustice as this case appears to be, there is actually a larger issue at hand. Which is that one key plank in Edwards’ campaign platform was prison reform, and his determination that Louisiana no longer rank as the nation’s top incarcerator of prisoners. That is, in the abstract, a defensible goal – in fact, there is a bipartisan coalition in favor of reforming Louisiana’s penal system and judicial sentencing process in order to find alternative punishments for criminal offenders, and nonviolent ones in particular.

But back during the campaign, Edwards had made representations to an audience at Southern University that he would be releasing 5,500 inmates from the state’s jails so that Louisiana would fall behind Mississippi in incarceration rates. Edwards didn’t say that his ideas on penal and sentencing reform would result in 5,500 less inmates in the state’s jails – he said he’d be letting 5,500 out because he didn’t want Louisiana to be #1 in incarceration rates. When David Vitter picked up on that statement and made TV ads calling Edwards out for it Vitter was branded a racist by the state’s media, with backing from national outlets for that contention. It was never considered that Edwards’ promise of 5,500 prisoners to be let out of jails was a ridiculous pander to that audience at Southern University (as the majority of the state’s prison population is black one would assume the majority of those let out of prison would also be black).

But the case of Samuel Galbraith, who as it turns out is not black but instead a white man, suggests Vitter’s critique might well have been spot on – that under John Bel Edwards the parole board will be issuing Get Out Of Jail Free cards to an unfathomable number of offenders. After all, but for such a directive – and it might well be a fruitful subject for a public records request to find out exactly what private criteria have been handed down to the parole board – one cannot imagine Samuel Galbraith being freed after just 17 years.

This is not the penal and sentencing reform that LABI, the Pelican Institute, the Louisiana Family Forum and others have signed on for. This is something else. And it will deflate the momentum in the legislature for real reform just as quickly as popping a balloon.

The governor is not a stupid man, though he does do stupid things. One wonders why his people would be doing something this stupid just before a legislative debate on a major piece of his agenda.

Interested in more news from Louisiana? We've got you covered! See More Louisiana News
Previous Article The Uncommon Stupidity Of The Maduro Regime Results In The Seizure Of The GM Plant In Venezuela
Next Article BAYHAM: Saints 2017 Regular Season Schedule Announced