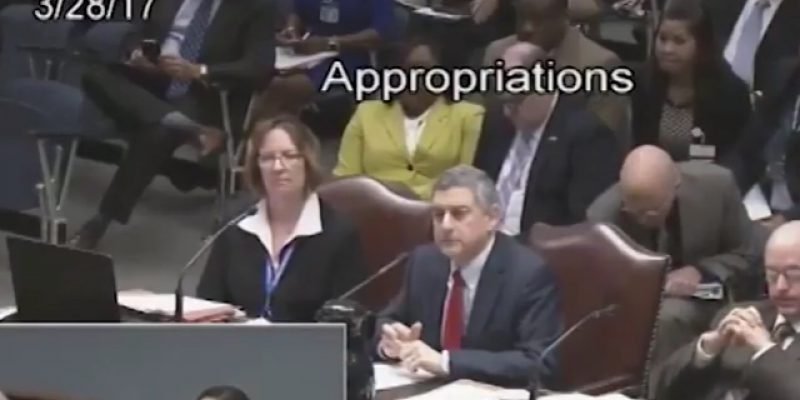 Well, here’s a bit of a smoking gun of sorts. In a budget committee meeting last week, Rep. Blake Miguez, whose New Iberia district is reeling from the sad shape of the oil and gas industry and particularly the offshore (and inshore) drilling and exploration business, pressed Commissioner of Administration Jay Dardenne for answers about what the John Bel Edwards regime is doing to help bring the industry back to life.

Dardenne admitted they don’t have anything. He then tried to beat around the bush, but he had nothing to offer in defense of the administration.

If you want, you could say that the decline of Louisiana’s oil and gas industry is an inevitable, cyclical thing driven by the vagaries of oil prices and you wouldn’t be wrong. That’s true – previous slumps in the price of oil throughout history, the most notable of which happened in the mid-1980’s and crushed Louisiana’s economy for a decade or so, have had a similar effect to this one. And as such, the argument could be made that it’s a bad idea for Louisiana’s state government to attempt to incentivize oil and gas through economic policy; very little the state can do will spark investment in drilling if the state can’t influence oil or gas market prices.

Except Dardenne doesn’t get to make that argument, because the administration he works for is out there promoting lawsuits – and meritless lawsuits at that – against oil companies for coastal erosion due to things like digging service canals through the marshes, when it was the state of Louisiana who issued permits for those canals. When you file frivolous claims against someone for having done business with you in the past, you shouldn’t be surprised when that someone becomes reticent to do business with you in the future.

And because of that, not to mention Edwards’ never-ending attempts to raise taxes on business of all stripes, Miguez and others see what’s coming – at some point in the relatively near future, oil prices are going to rise to a level which will send domestic energy production and exploration skyward, except Louisiana will be left out of those investments while other states like Texas, Alaska, Wyoming, North Dakota, Ohio and Pennsylvania will reap the benefits. Why? Because those states aren’t hostile to growth in the energy industry.