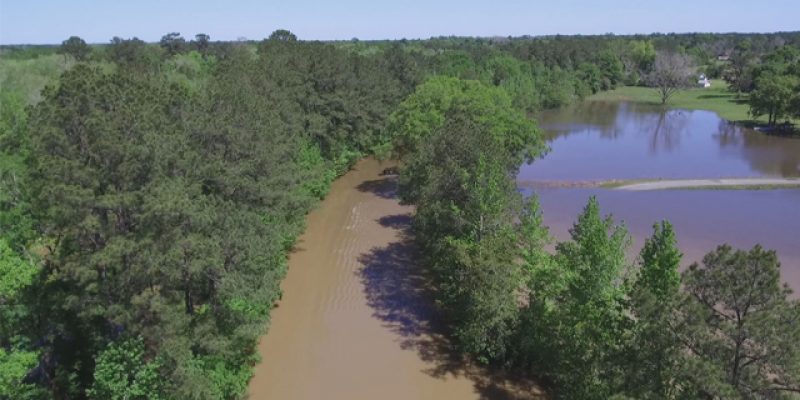 Proving once again that the best decision ever made by the Louisiana legislature was the naming of “Louisiana 1927” as the state song – “They’re tryin’ to wash us away…” – this week there was even more flooding.

This video came from KPLC-TV in Lake Charles, and it shows some fairly impressive flooding in western Louisiana near Rosepine – a little town north of DeRidder, which itself is north of Lake Charles. Bayou Anacoco, which flows to the west of Rosepine on its way to the Sabine River, and Bundick Creek, which flows southeast of Rosepine, were both over their banks after heavy rains on Sunday.

We’re used to this by now, but it’s no less irritating. At this point anybody building houses in Louisiana has to expect to raise a pile of dirt four feet high before starting construction, no?