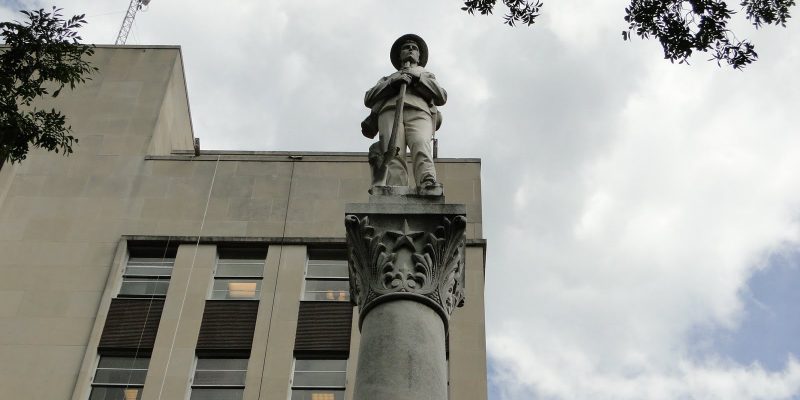 News Channel 5 has learned in the agenda notes for the Alexandria City Council, there will be a discussion on removing the Confederate statue in front of the Rapides Parish Courthouse during an upcoming meeting on Tuesday, May 30th.

On the Council Agenda, one of the resolutions states:”Supporting the removal of the Confederate Statue donated to the City of Alexandria by the Daughters of the Confederacy currently located at the Rapides Parish Courthouse.”

News Channel 5 also wants to point out that there have been questions about whether or not the statue was donated to the city or not. Here’s what we know so far:

Originally, the statue was placed in front of the old Alexandria City Hall in 1914 by the Thomas Overton Moore Chapter of the United Daughters of the Confederacy. In 1962, it was moved to the Rapides Parish Courthouse where it still stands today. There is still controversy over who actually owns the statue: the city, the court house, or the Daughters of the Confederacy.

The Alexandria City Council is essentially spitting in the face of the country’s healing and reconciliation since 1865. Since that time, there has been an effort to bind the wounds of the nation’s bloodiest war by honoring the veterans of both sides. The majority of those who took up arms for the Confederacy did not own slaves. They believed they were defending their homes against invasion. Their sacrifices should be honored as should the sacrifices of Union soldiers.

The monument is probably the property of Rapides Parish which means the Alexandria City Council likely doesn’t even have jurisdiction over it anyway. But if they remove the monument, it is a slap in the face to veterans and their descendants everywhere.

Interested in more national news? We've got you covered! See More National News
Previous Article Fagan: Why WE Remember
Next Article APPEL: Are “Washington-Style Politics” Taking Over In The Louisiana Legislature?