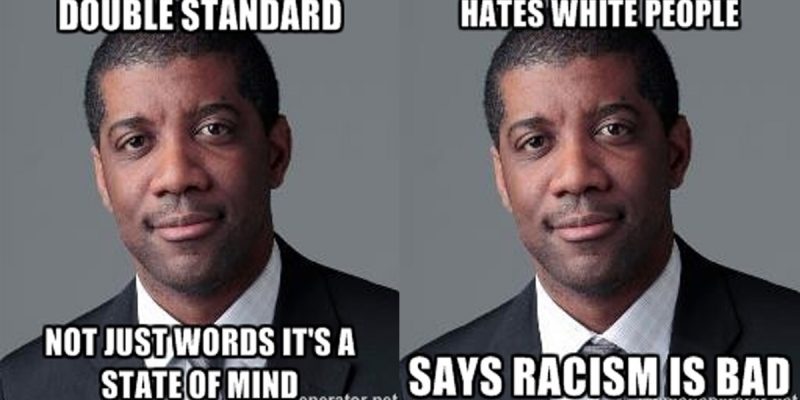 The sometimes-printed New Orleans news source the Times Picayune/NOLA.com has landed on the official boycott list of monument supporters.  The online group Save Our Circle, the ones who organized shortly after Mitch Landrieu launched his history destruction campaign June 22, 2015, is using their membership to levy business boycotts.  At the top of their list sits NOLA.com, the mayor’s “propaganda machine.”

This boycott has been a long time coming. Looking back at what now appears to be an immediate attempt to suppress, mock, and intimidate people who wanted the monuments to remain, the Times Picayune’s salaried race-baiter Jarvis DeBerry called out the hashtag Save Our Circle in July 2015:

“If you’re wondering about this week’s Twitter response to #saveourcircle, the answer is there hasn’t been one. There are two tweets with that hashtag, and they’re both from a guy with 23 followers. His name is Tim Shea Carroll, and he also started the change.org petition.”

Perhaps it’s time to clog DeBerry’s inbox.  In May of 2017, the Save Our Circle Facebook group has 17,000 members.  The group exposed companies involved in the removal such as Lastie’s Trucking, NES Rentals, the secret use of New Orleans Fire Department’s employees, and locations of monuments hidden in a city junkyard.  In other words, this group has been holding Mitch Landrieu accountable for his actions, his use of public money and public employees, and shining light on an overall non-transparent process.  Save Our Circle is the exact opposite of the Times Picayune.

Jarvis DeBerry’s column of July 2, 2015 about #SaveOurCircle was the fourth he had written on the monuments.  At the time, it was the seventh anti-monument piece posted on NOLA.com.

From June 22, 2015 to May 22, 2017, NOLA.com has posted 52 anti-monument pieces.  The postings come from the Editorial Board, Letters to the Editor, Guest Columns, and Jarvis DeBerry.  The journalistic integrity is also lacking as most stories quickly insert opinion.  But for this, the focus is on opinions put forth through the news site.

Jarvis DeBerry wrote 31 columns in less than two years about the monuments/Confederacy.  The Times Picayune never came close to a semblance of balance, it’s like having a skinny kid on one side of the seesaw and Michael Moore on the other side.

DeBerry makes illogical leaps and factually-incorrect blunders regularly. One piece is headlined: “Instead of helping Civil War vets, the South built monuments.”  The four removed were built in 1884, 1891, 1911, and 1915, paid for by donations.  Another column was titled: “You can’t love freedom and Confederate monuments.” Yet the monuments were put up after 15 years of occupation, 1862-1877, after the City of New Orleans and state of Louisiana finally began to self-govern. And the removal of historic artwork reflects tyrannical government, not freedom. DeBerry often falls flat when jumping to ridiculous conclusions, yet NOLA.com posts away. Meanwhile, people are giving up on New Orleans.

Jarvis DeBerry’s relative Roy DeBerry is an “Activist in Residence” at the William Winter Institution.  In an interview, Roy DeBerry said: “If you don’t teach it, people will forget about it and then someone else will come along and rewrite history and say it didn’t happen. … You don’t have to live in the past, but you need to know about the past.” While Roy appears to stand on the far left, perhaps he needs to sit down with Jarvis and talk about the significance of history.

The long time news source for New Orleans has acted as the propaganda ministry of Mitch Landrieu’s anti-history crusade.  Sometimes it’s a good idea to disconnect from their website and remember it’s hard to take a news source seriously when it more closely resembles a food blog. Don’t forget to read up on their perfect egg recipes!  It’s a horrendous website that locks up web browsers and obstructs readers with unpredictable advertisement attacks.  It sporadically acts as an unbiased provided of quality content.  The current Times Picayune qualifies as FAKE NEWS, when reading always remember to consider the source.

If Jarvis DeBerry and the Times Picayune were stronger advocates of diversity and equality, they would have proposed alternatives to removing historical landmarks.  Instead, they advocated for Mitch’s movement to destroy.  And for that, a boycott has been called.  Save Our Circle says not to click links from the paper and not to comment, and anyone who still gets the paper the few times per week should go ahead and cancel.  Don’t worry, readers won’t miss anything of importance.

Interested in more news from Louisiana? We've got you covered! See More Louisiana News
Previous Article FAGAN: House Members Eying For Your Wallet With Thursday’s Gas Tax Vote
Next Article Is The Baton Rouge Media Realizing That Sharon Weston Broome Is A Mess?