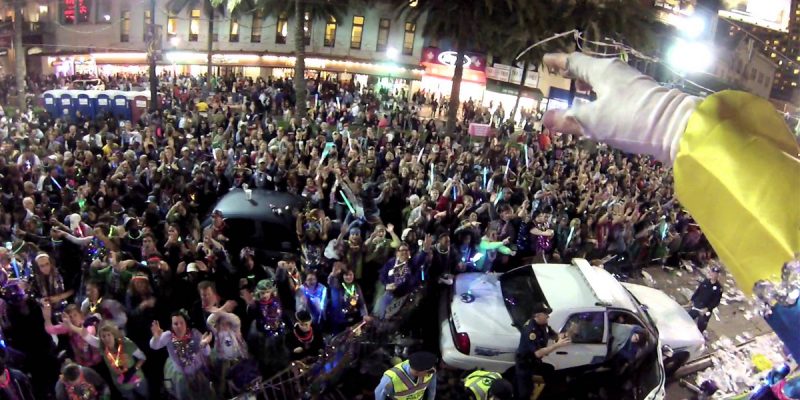 As I’ve watched this rolling debacle with the historical monuments unfold in New Orleans over the past two years, culminating in the unmitigated disgrace that was last night’s takedown of the P.G.T. Beauregard statue – which as Johann Batiste rightly observed this morning amounted to the bowdlerization of a monument to one of the city’s earliest civil rights leaders – something has nagged me from the recesses of my brain.

I’m coming about this controversy from the perspective of a lover of history. I majored in it in college, my bookshelves are covered in history books, I had the History Channel as a default on TV until the geniuses running the place decided to remove history from its programming, I try to take in some of the local history whenever I travel somewhere – to me, history is sacred. History is the record of civilization; it’s something truly common to us all and it doesn’t discriminate.

The story of, for example, Beauregard is a story for all of us. Here was a man of many parts, a product of his time, yes, but a man before his time as well. He was a soldier, an engineer, an entrepreneur, a reformer, a politician, a father, a husband and even a patriot – both for the Confederacy, when events pushed him into it, and for the United States before and after that time. If you’re white, these things in his life can be a source of pride in your heritage – but that cultural and historical patrimony isn’t limited to white people.

P.G.T. Beauregard spent his post-Civil War life working to better race relations and provide access to the American dream for all the people of Louisiana. He repudiated slavery (he never owned slaves) and discrimination. That he fought for the South may have been a negative on his curriculum vitae for some; we all have our crosses to bear. In his time, both black and white in Louisiana saw him as a hero, and for the right reasons.

But this is not a time when we celebrate our history, and we certainly have no appreciation for our heritage. The cultural Marxists and social justice warriors among us, the vast majority of whom have shown themselves to be a collection of frauds and imbeciles unfit to lead so much as silent prayer, have so poisoned the well that American history now bears the taint of “white supremacism,” and it is impossible to judge our ancestors by the standards of their time rather than our own.

Which as an aside, is so completely wrongheaded as to disqualify those who insist on it from any real conversation on the subject. He who sits in an air-conditioned room posting to the internet from a smart phone and who deigns to hold the 19th century to its moral failings has his own intellectual burden to bear, because it isn’t his superior intellect or ethics but rather his technological privilege which affords him such scruples. Even as a “poor” college student he lives better than the richest planter aristocrat he decries as evil, and the source of his wealth is far less his own creation than that of the plantation owner he caricatures.

We celebrate Southern history largely because of the cautionary tale it tells us. Yes, Southern society with its slavery was unjust – and accordingly, the South suffered. It lost an entire generation of its young men in the war, it was subjected to the ignominious occupation by the U.S. Army during Reconstruction, its economy was put under the thumb of often-dishonest “carpetbaggers” from the North and it was impoverished for a century after the war until finally shedding the shackles of racism and backward thinking. But there was good in that society as well; we find it in the charm and hospitality the region is known for, the celebration of masculine spirit without which America’s military exploits would likely not have been possible from the 20th century to the present, the art and architecture, the food. There is a reason that after a long period of exodus more people are moving into the South than out of it, and the foundations of our culture which were laid by those “awful” people in the 19th century are a large part of that reason.

Intelligent adults can see a Beauregard or a Robert E. Lee or a Jefferson Davis for the complex humans they were, and learn the lessons their lives can teach. Intelligent adults can also mark their contributions to what is good in our society while acknowledging their failings and those of the time in which they lived.

But it’s clear we have a shortage of intelligent adults. We particularly have that shortage in New Orleans, and have for some time.

It has worsened in recent years, but the exodus of intelligent adults – it’s been called “white flight,” but this is a lie; the middle class and the productive class are made up of people of all races, whether they share similar politics or not – from New Orleans is half a century old. As such, the city is made up of a new class of post-Katrina carpetbaggers, college students who hail mostly from far away, a giant underclass living on poor wages and government assistance, an outsized criminal class in and out of the penal system, small pockets of put-upon middle class homeowners and a declining monied elite. Most of the people who make the New Orleans metro area work have moved out of the city limits, and most of those moved away a generation or two ago.

And it’s mostly those people who have taken up the cause of those monuments. Not because they’re “white supremacists;” that is an ugly slur thrown around by the same social justice warriors who throw around racism as a towel into the ring in admission they lack a better argument. The monument defenders simply wish to preserve the history of the place, and value a connection to the culture they and their families were raised in.

But they don’t live in New Orleans anymore.

That feeling of powerlessness, of knowing there is nothing they can do to stop the bowdlerization of the city’s history and that of the region, carries with it pain, to be sure. But that powerlessness is a choice; these people left. That’s not an indictment of them; they left for a better life in the suburbs or in another city. But the choice carries a consequence – when you leave, it’s those you leave behind who make the decisions in New Orleans. And when what’s left is a city of fools who make stupid decisions, last night is the natural result.

Perhaps this can’t be stopped. Perhaps all that can be done is to inflict one’s own set of consequences on those left in the city.

After all, the productive classes in the suburbs still contribute an enormous economic impact to New Orleans. Maybe that should be rethought. Maybe the restaurateurs who live in Metairie should move their businesses closer to their homes. Maybe the lawyers and stockbrokers with offices in Orleans Parish should decamp for the ‘burbs and eschew the commute.

And maybe the captains of the Mardi Gras krewes who contribute such a massive amount to the city’s economy each year ought to rethink what they’re doing. After all, those krewes were all formed by the same people who contributed to the erection of the Lee, Davis and Beauregard statues. Their heritage is bound up in the same package as those monuments Mitch Landrieu and his bowdlerizing fan club have been howling to destroy.

And most of those krewe members don’t live in New Orleans anymore, either.

There are lots of parade routes in Metairie and Kenner, and lots of them in St. Tammany Parish. Those routes might not have the tradition of a St. Charles Avenue or Canal Boulevard, but they also don’t have the elevated risk of paradegoers being shot or the dysfunctional police department incapable of arresting the bad guys.

And these judgments can and should now be made, because of this corrosive, stupid modern mentality which is taking down the monuments. If the culture which gave us Beauregard is to be scrubbed, then the fruits of that culture shouldn’t be enjoyed – and those wonderful Mardi Gras parades are some of those fruits. Let the good follow the bad out of the city, and let Bacchus and Endymion and the others roll down Veterans Boulevard or Metairie Road for a time.

Landrieu has cast his marker down. New Orleans’ traditions and cultural patrimony are no longer welcome. So be it. Let the full consequences of that decision fall. And if “we don’t live there anymore,” then let the economic and other effects of that be felt.