This would be HB 71, the bill by Rep. Thomas Carmody that would protect historical monuments like the three New Orleans mayor Mitch Landrieu is trying to take down in New Orleans, from such a fate. A few seconds ago the Municipal, Parochial and Cultural Affairs Committee concluded a pretty contentious hearing on the bill ending in a 10-8 vote to report it favorably to the floor.

It was a party line vote with a couple of exceptions, as one Democrat, Robert Billiot, voted for the bill and one Republican, Joe Stagni, who was just elected to his seat earlier this year, voted against it.

The bill now goes to the House floor where it will likely pass. Then it will go to the Senate, where in all likelihood it will die.

Bills having to do with historical preservation are, by Senate rules, supposed to be heard in the Senate Education Committee. Here are the duties of that committee from the Senate’s website… 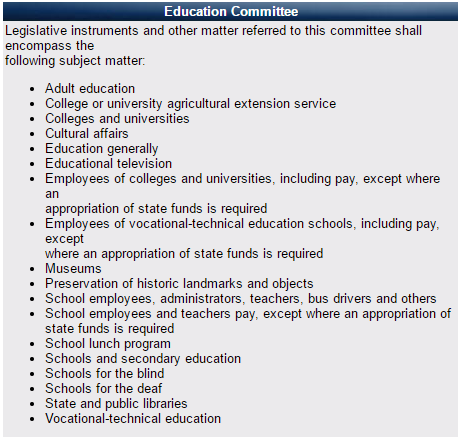 However, Senate President John Alario has for the past two years steered bills having to do with the monuments away from Senate Education, which is chaired by Republican Blade Morrish and has a 5-2 GOP majority, and into the Senate & Governmental Affairs Committee.

Here are that committee’s duties… 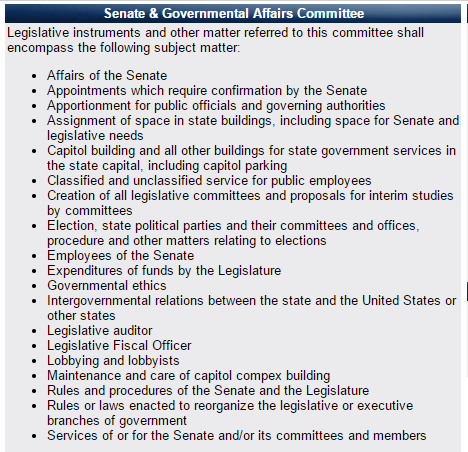 There is nothing on that list which even plausibly relates to the preservation of historical landmarks. But the Senate & Governmental Affairs Committee is chaired by Democrat Karen Carter Peterson, who is also the chair of the Louisiana Democrat Party (which, as we’ve previously written constitutes a massive conflict of interest given that committee’s regulation of political parties), and it has a 5-4 Democrat majority. All five of the Democrats are black. Very clearly, no bill which would preserve confederate monuments has a chance in that committee, and therefore any such bill which is deposited there will die.

Which has been the case for at least three such bills in the past two years.

Either Carmody’s bill, assuming it passes on the House floor, is routed to the Senate Education Committee, in which case it will go to the Senate floor and likely pass and therefore land on Gov. John Bel Edwards’ desk for an uncomfortable decision whether or not to veto it, or it goes to Peterson’s committee and dies. It’s up to John Alario.

Don’t put your faith in Alario if you don’t want to be disappointed.