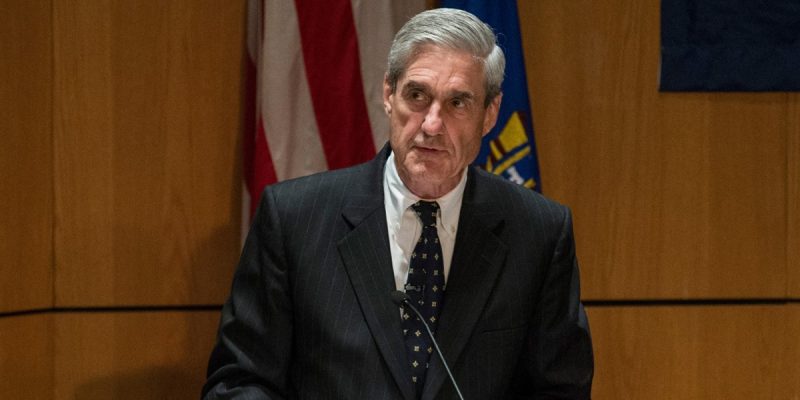 Robert Mueller has been appointed as a special prosecutor to investigate alleged Russian influence operations involving the 2016 US elections.

I don’t have a strong opinion on that investigation, but I do believe that all the fawning over Robert Mueller that I have seen the past 24 hours is…well…unwarranted.

That’s because I was thoroughly unimpressed by his tenure as FBI director. When selected by George W. Bush to head the FBI on 4 September 2001–one week before 9/11–the word on Mueller was that he was someone who was selected because he would not rock the boat or make too many sweeping changes.

If ever there was a wake up call to make sweeping changes, it came on 11 September 2001 and America was saddled with a guy leading the FBI who was chosen because he was a “safe” pick.

On Mueller’s watch the FBI bumbled some key counterjihad initiatives.

First of all, the FBI purged counterterrorism training materials that referred to terms like “Jihad” or “Islam” on Mueller’s watch. These decisions were arrived at because Mueller had a “stuck on stupid” habit of conducting outreach with Muslim Brotherhood operatives, some of whom winded up in jail.

Secondly, speaking of Russians, the Russians warned the FBI about the Tsarnaev brothers who then bombed the Boston Marathon and then went on a two-man jihad in the Boston area. The FBI did essentially zilch about them despite the warnings and even conducted outreach with the Boston area mosque co-founded by a man convicted on terrorism charges and described by the Justice Department as the primary Al Qaeda financier in America.

These are hardly indications of a competent guy.

Congressman Louis Gohmert was particularly tenacious in his periodic grilling of Mueller as FBI director. These videos are well worth a look to give you the details–as well as the general idea–of what I’m talking about…

Gohmert Challenges FBI Director About the Purging of Training Material

Interested in more national news? We've got you covered! See More National News
Previous Article JBE To Leges: Pass My Tax Increases Or I’ll Call Special Sessions Until You Do
Next Article Cedric Glover Pulls His Beer Bill Amid Catcalls In Committee