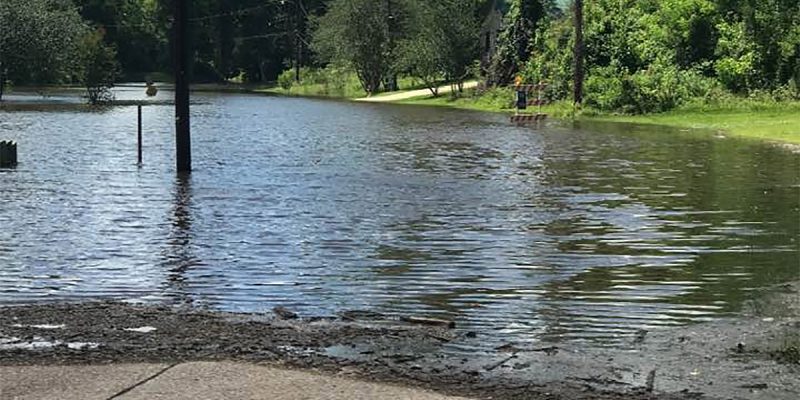 You might have heard that the spring floodwaters of the Mississippi River are higher than average this year, so much so that the flood protection authorities have expressed some concern. From today’s New Orleans Advocate…

With the Mississippi River water level rising, officials are putting in place additional precautions aimed at preventing anything that could undermine area levees.

The river is now above 16 feet at the Carrollton gauge and is expected to rise to within a half-inch of its flood stage of 17 feet before water levels slowly fall in the coming weeks.

While not an uncommon occurrence, the high water level means more regular inspections along the levees to ensure there aren’t any problems with them or any boats tied up to the protective system.

It also means no new holes can be dug within 1,500 feet of the levees, any existing ones need to be filled in, and pilings can’t be driven in the area, said Bob Turner, director of engineering and operations for the Southeast Louisiana Flood Protection Authority — East.

Normally, that type of work requires a permit if it is near a levee. After the river reaches 11 feet, special waivers are needed for that work to continue. Once the water level reaches 15 feet, waivers are no longer granted.

They’re not planning to open the Bonnet Carre Spillway upriver from New Orleans, and the crest of the river’s floodwaters is expected to hit next Friday, June 2. So this isn’t an overly dangerous flood event – not like some of the scares the river has given us in 2011 and 2013, for example.

Still, the high water is having an effect. Some photos from our friend Anne Singleton, taken yesterday (the one atop this post is one of them as well)… 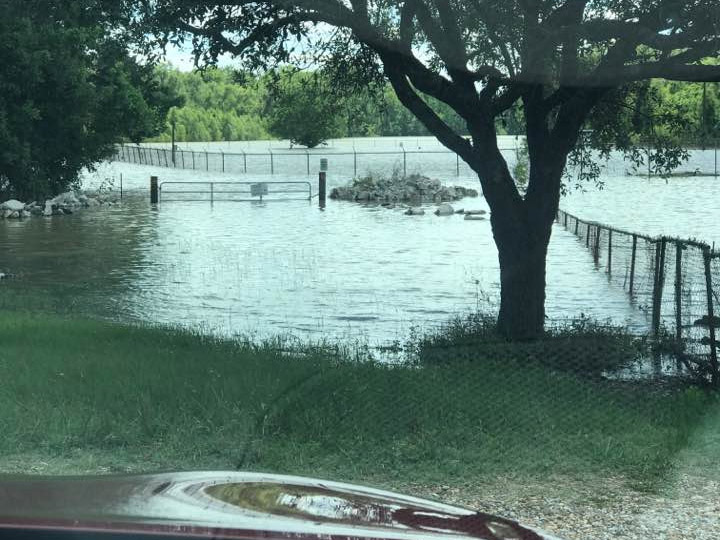 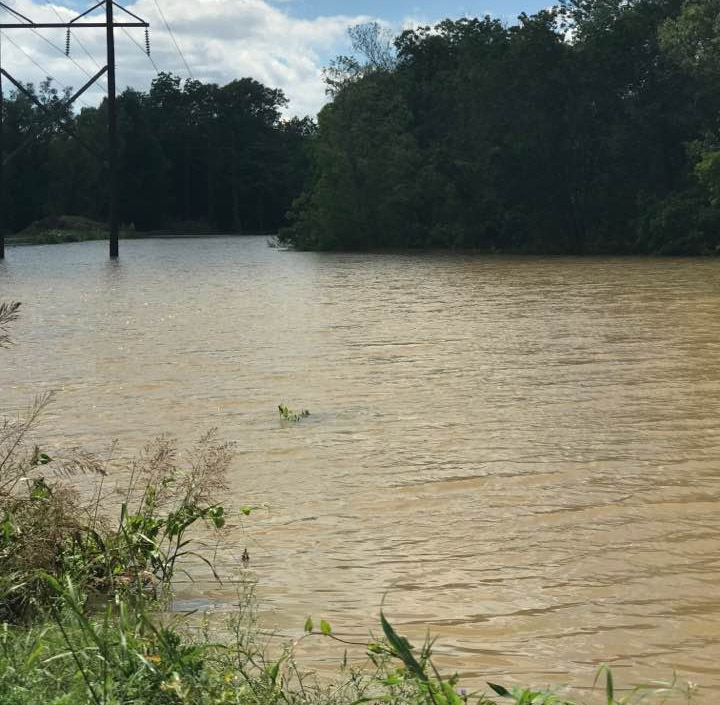 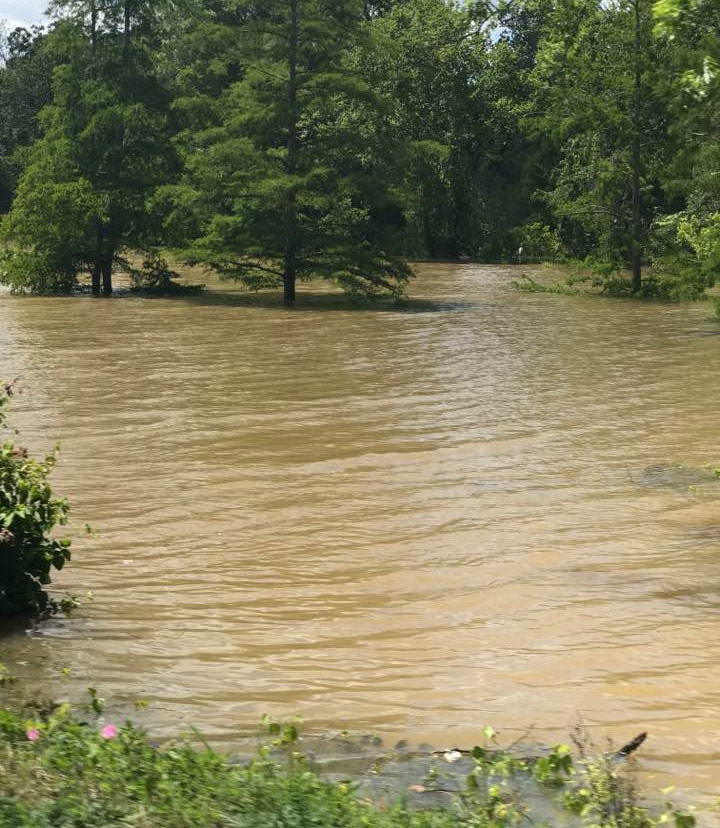 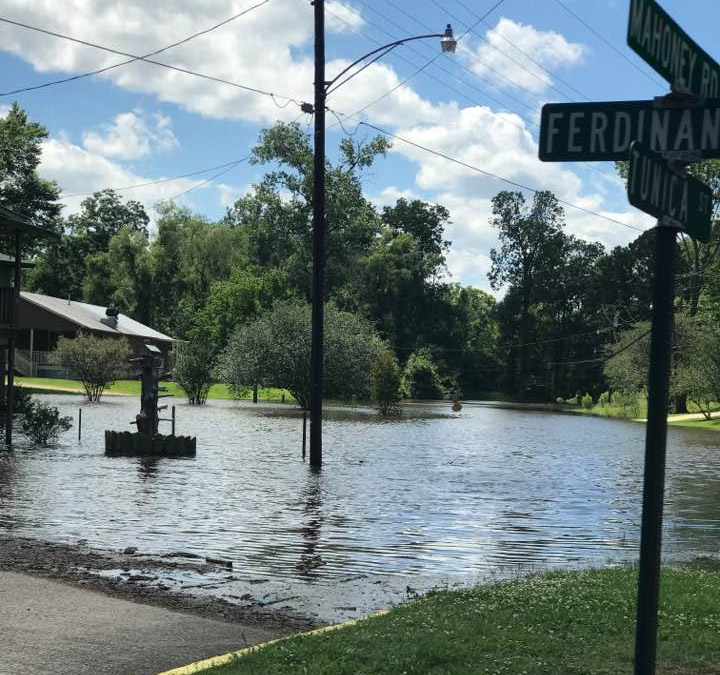 These were taken on the southwest side of St. Francisville, not far from where Bayou Sara flows into the Mississippi. A map… 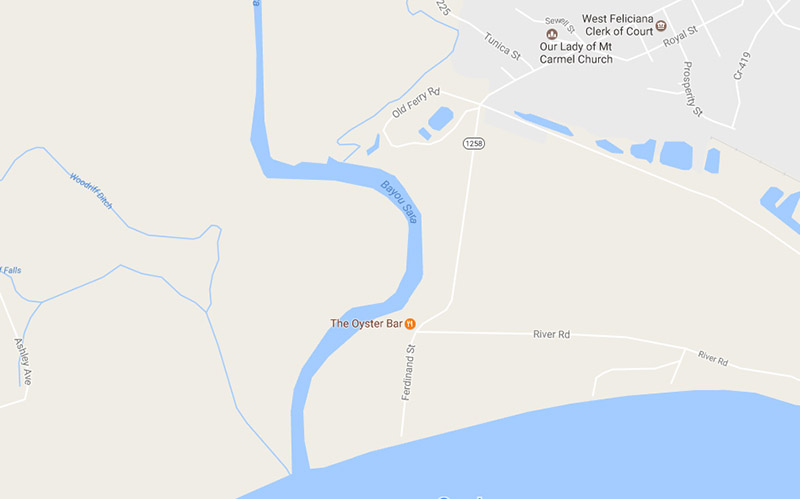 We haven’t seen any reports of flooded homes just yet, but the Bayou Sara flooding was expected. There was a sandbagging operation last weekend in preparation for what’s happening now.

So they’re prepared. But we can all be excused for heart palpitations at the mere suggestion of floodwaters in South Louisiana at this point, and treating those suggestions as a major event whether they constitute one or not.

Interested in more news from Louisiana? We've got you covered! See More Louisiana News
Previous Article WAGUESPACK: Lawmakers Should Support Criminal Justice Reform Compromise
Next Article Fines For Displaying The American Flag: Is This What’s Next On The Politically-Correct Agenda?