It’s a rather surreal day in New Orleans, as its bowdlerizing mayor Mitch Landrieu is taking his crew of firemen and city workers out of the dark of night, in which they’ve worked to remove three of four targeted monuments commemorating the 19th century history of the Big Easy, into broad daylight in order to remove the statue atop the pedestal at Lee Circle.

The work began at 9:00 this morning, though preparations began yesterday. 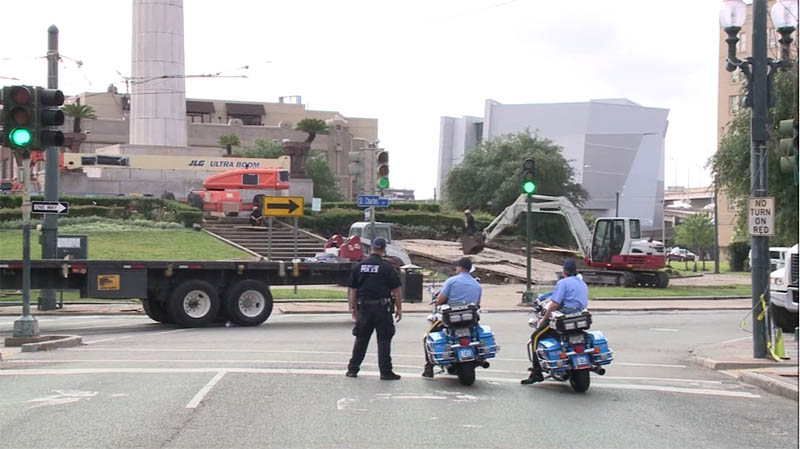 As you can see, they’ve excavated part of the hill the pedestal stands on, in order to get the crane close enough to reach the statue. Last night a section of the streetcar cables which power those trolleys past the circle were removed at Howard Avenue so the crane could be brought in. What you see next to the pedestal is the cherry-picker Landrieu’s crew of amateur “post-industrial” riggers have used to wrap two previous statues with hanging straps.

Once the statue at Lee Circle is removed from the pedestal and one of America’s most iconic landmarks is reduced to an empty pedestal overlooking a scarred landscape, it’ll be time for a celebration. The mayor is hosting the swells at a special announcement and reception… 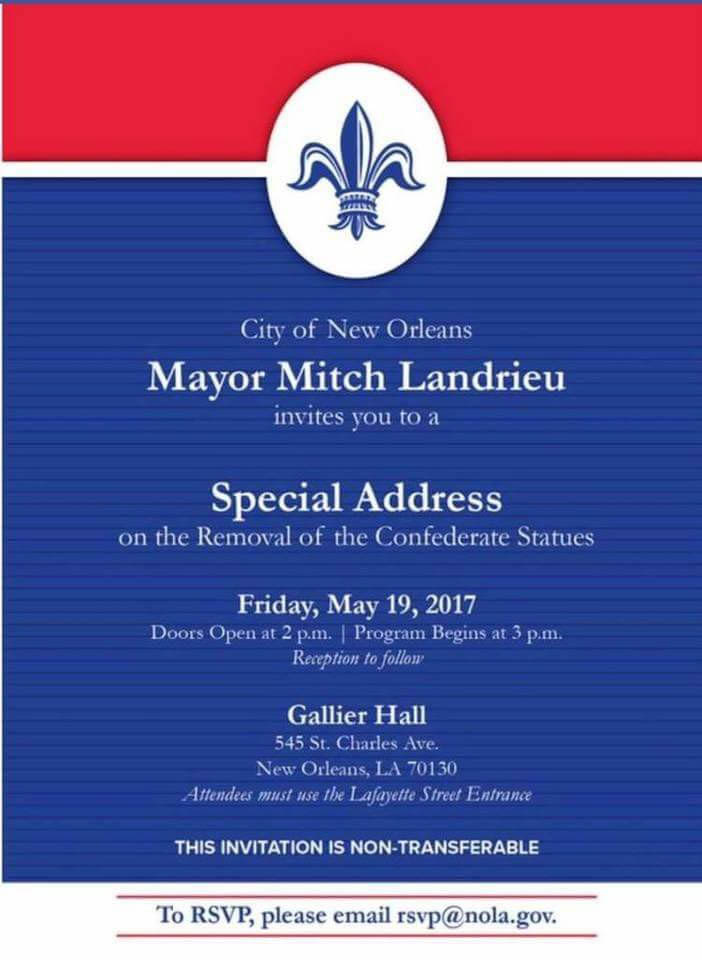 Gallier Hall was, of course, built by slaves.

Yesterday, Landrieu blamed the existence of the Lee, Beauregard and Jefferson Davis statues for the alarming decline of the productive class in New Orleans over the past half century – a decline which began in precipitous fashion after his father Moon Landrieu, whose attitude toward his son’s bowdlerization campaign has not been made public but the rumor mill says is one of shame, was elected mayor in 1970.

It resurfaced again this week that when Louisiana voted to offer its citizens the opportunity to buy vanity vehicle license plates decorated with the Confederate flag, Mitch Landrieu was one of the state legislators voting in favor. Perhaps we’ll call that an “evolution.”

Today he’ll sip champagne with supporters at a self-congratulatory shindig. Tomorrow the consequences of what Landrieu has done to the city’s cultural patrimony begin.