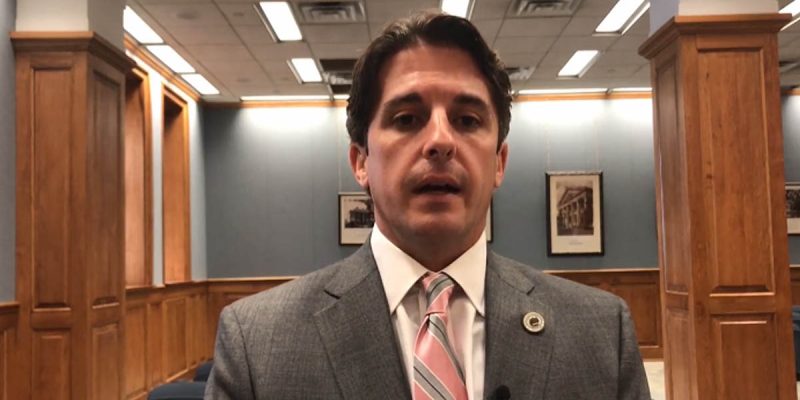 Rep. Cameron Henry is doing weekly update videos on Facebook on the goings-on in the House Appropriations Committee, which he chairs, and the state legislature in general, and they’re getting better all the time. This one might have been the best yet, as Henry hit on two significant issues confronting the legislature this week.

First was his take on HB 71, the historical protection bill by Rep. Thomas Carmody which passed the House on a 65-31 vote despite an embarrassingly childish display of histrionics by the Legislative Black Caucus. Henry left that part alone but instead went after Mitch Landrieu in no uncertain terms, noting the violence that went on in the city of New Orleans while a not-insignificant chunk of the New Orleans Police Department was spending the night shift separating pro- and anti-monument protesters as the P.G.T. Beauregard statue was ripped off its pedestal late Tuesday night. Henry also mentioned that Landrieu has been in public office “for 30 or 40 years” and has nothing to show for a legacy other than the monument removals.

This might be the most concise, hard-hitting take on Landrieu’s bowdlerization campaign we’ve seen, and Henry is to be congratulated for it.

He then hit on something else we neglected to mention at the Hayride this week; namely that the state’s Revenue Estimating Conference revised its projections for Louisiana’s tax revenues amid the state’s flagging economy, and the current estimate is some $27 million lower than it was when Henry’s Appropriations Committee decided to move a “standstill” budget which left about 2.5 percent of the old estimate unspent in the event of disappointing revenues.

It now appears Henry had the right idea. Of course he did – the REC has been wrong 15 times in its projections over the past nine years, and it’s a fool’s errand to believe they’ll accurately estimate the revenue side of the budget. He presses home that the House budget is the prudent one if Louisiana wants to avoid mid-year budget cuts, but as we’ve written it’s a point which seems wasted on Louisiana’s governor and his pals in the state senate.