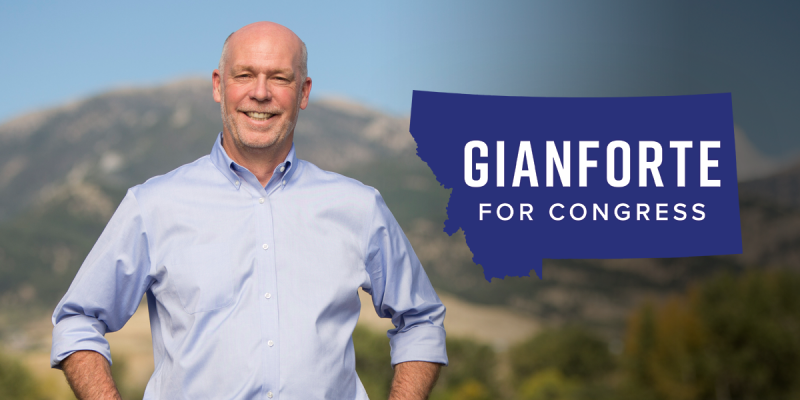 That’s the lesson we can take from last night’s 50-44 victory by Republican Greg Gianforte over Democrat Rob Quist in a special election to fill the House seat vacated when Montana’s congressman Ryan Zinke took a job as Secretary of the Interior in the Trump administration.

Gianforte, who had been more or less a lock for election a week out (he’d held a double-digit lead in more or less all the polling of the race save for a series of Google customer surveys which don’t appear to be very accurate or credible that consistently had Quist leading), is a tech entrepreneur – he  founded RightNow Technologies, a software company focused on customer relations management, and sold it to Oracle for $1.5 billion in 2011 – who’s trying to break into politics. Gianforte ran as the GOP nominee for governor of Montana in 2016, losing a 50-46 race to Democrat Steve Bullock. Quist is a musician.

Nobody outside of Montana was much interested in the race, as it was assumed Gianforte would walk away with it, until last weekend, when Gianforte physically attacked a reporter for The Guardian, the leftist UK newspaper. The reporter, Ben Jacobs, claimed that Gianforte body-slammed him and filed assault charges, and an audio recording of the incident as well as eyewitness accounts, including one by Fox News’ Alicia Acuna, corroborated his accusations. Gianforte’s campaign offered up a different explanation to the tune that Jacobs started the fight and grabbed Gianforte’s wrist, which resulted in both men going to the ground. Nobody bought that story, and House Speaker Paul Ryan and RNC chair Ronna Romney McDaniel urged him to apologize for the incident. Acuna did allow that Jacobs’ behavior toward Gianforte was “combative” – perhaps the best face anyone could put on Gianforte’s conduct is at the end of a hard campaign he was simply fed up with aggressive and obnoxious newsmen and snapped.

But even that incident, as implosive as it was, couldn’t sink Gianforte. It would be fair to say our headline isn’t a serious one, though Montana callers to national radio shows earlier in the week said more or less exactly that. Perhaps a better explanation for Gianforte’s victory, and at that a more entertaining one, is that Gianforte had an insurmountable advantage among the early voters who made up such a giant chunk of the electorate and cast their ballots before the Jacobs incident. The promotion of early voting has been a staple of Democrat elections policy for more than a decade, and in many Western states it’s becoming the norm rather than a safety net for voters indisposed on Election Day. The practice of busing voters to early-voting locations is turning into an all-too-frequent Democrat spectacle, and accusations of fraud arising from those practices are also more common.

But last night the early voting sunk Quist even despite Gianforte throwing him a lifeline with his bout of temporary insanity with Jacobs. The Billings Gazette, Montana’s largest newspaper which had rescinded its endorsement of Gianforte, is now calling for the state to allow early voters to change their votes as a result of last night’s tally, which lends an even more bizarre quality to the proceedings.

Meanwhile, Washington is getting another volatile newcomer with questionable judgement and a history of hostility to the media. He’ll fit right in.

Interested in more national news? We've got you covered! See More National News
Previous Article Fines For Displaying The American Flag: Is This What’s Next On The Politically-Correct Agenda?
Next Article Take ‘Em Down NOLA Demands The Removal Of Andrew Jackson’s Statue