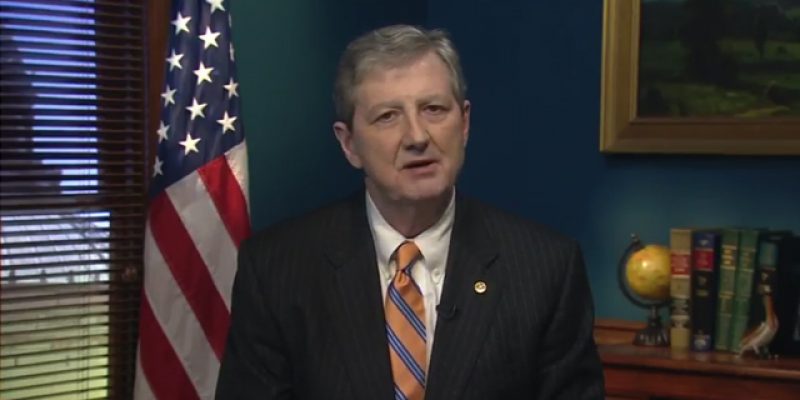 U.S. Senator John Kennedy was on a Senate committee that was questioning FBI Director James Comey. Kennedy took the time to grill Director Comey on everything from Hillary’s emails to the refugee crisis.

Kennedy started by asking Comey to assume that he didn’t have a security clearance and if someone sends him classified information was he committing a crime. Comey responded that he “potentially” could have committed a crime. He also asked if a person sent him the classified emails would they be potentially committing a crime? Comey again answered that he

John Kennedy then tried to ask Comey about some “what ifs” about Russian agents and classified information. Comey declined to answer it.

John Kennedy then moved the discussion to refugee vetting. Comey said he had “real concerns” about vetting refugees from combat zones and that didn’t have a real relationship with governments on the ground. But Comey said there were many things that could be done to vet them. Comey said they search the potential refugee’s social media and electronic footprint. He also said that the host country would provide them information. Comey’s comments weren’t that different from previous ones on the subject.

Interested in more news from Louisiana? We've got you covered! See More Louisiana News
Previous Article AUDIO: Mike Johnson Doesn’t Like The Just-Passed Budget Any More Than You Do
Next Article BAYHAM: Lots Of Questions About Mitch Landrieu’s Monument Mess