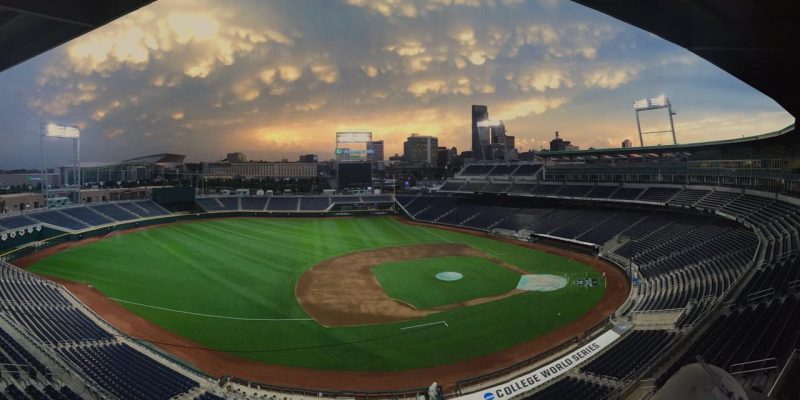 Right before Antoine Duplantis’ home run in the sixth inning, second baseman Cole Freeman’s mother grabbed the attention of pitcher Jared Poché’s father, because a man believed to be about 80 years old – a Florida fan – was losing consciousness in his seat. The worrisome situation quickly turned around when Dr. Jerry Poché and Jimmy Roy did something pretty amazing. They brought the dying man back to life.

When Poché got over to the man’s seat, he’d completely lost consciousness and did not have a pulse. Poché has been a family doctor in Lutcher for 25 years, so he quickly began performing chest compressions. Jimmy Roy, the father of LSU strength and conditioning coach Travis Roy, has been a firefighter for 30 years. He worked along with Poché, providing mouth-to-mouth resuscitation. And this was actually his first time doing that himself. He admitted that in his line of work, they have machines that do it for them.

By the time the paramedics arrived to the scene, the elderly man had regained a pulse. Roy was exuberant: “He’s alive now. He was done. He was done. He wasn’t breathing; he didn’t have a pulse, and me and Doc brought him back,” The Advocate reports. Poché said, “The main thing is, when he left in the stretcher, he was conscious and nobody was doing compressions. It looked like he was going to make it. They brought him to the emergency room and I talked to the senior paramedic over here at TD Ameritrade, and he said the old man is stable. That’s awesome.” We think so, too.

Poché wasn’t positive, but he believes the man had a heart attack. But the lead paramedic at TD Ameritrade Park has indeed confirmed that he is in stable condition.

LSU may have gotten the L last night, but this is a win in our books. We look forward to watching right-handed pitcher Jared Poché try to outshine his father’s triumph as he’s set to throw in tonight’s second match against Florida.