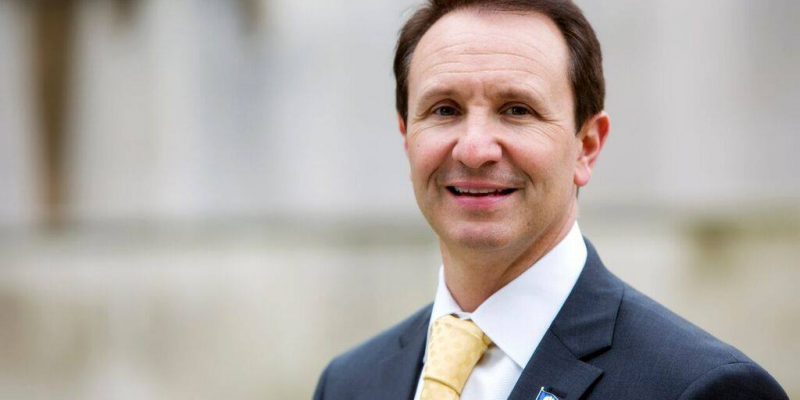 We may have been slightly confused by Mitch Landrieu’s becoming the president of the Conference of Mayors, but there’s been another presidential appointment we can actually get behind. Our very own Attorney General Jeff Landry has been chosen to be the newest president of the National Association of Attorneys General for the next year. The association recently elected Landry – a conservative Republican – at their summer meeting, which is complimentary of his reputation among the bi-partisan group.

But what is this association, anyway? According to its website, “The National Association of Attorneys General (NAAG) was founded in 1907 to help attorneys general fulfill the responsibilities of their office and to assist in the delivery of high-quality legal services to the states and territorial jurisdictions … NAAG holds three annual membership meetings each year in the fall, winter and summer, where the attorneys general conduct the business of the Association, including the consideration and adoption of NAAG policy positions and the holding of meetings of its committees.” Landry currently serves as Vice President of the group, but next year he will assume the top position in charge.

His comments on the appointment reflect his humility and respect for the position: “Once again, I am humbled by my fellow Attorneys General electing me to serve in this leadership role … NAAG has a great track record of AGs, across party lines, working together for the betterment of our country; and being chosen in this bi-partisan way to serve as president-elect reflects that.”

Since his election as Attorney General in 2015, Landry has openly disputed the ideologies of both Governor Jon Bel Edwards and New Orleans Mayor Mitch Landrieu, and many Republicans are thankful for his outspokenness and dedication to the law. We hope that while he serves as the president of NAAG he might contribute to a more positive picture of our state’s elected officials – in stark contrast to the negative stories that continue to make headlines across the country.

Interested in more news from Louisiana? We've got you covered! See More Louisiana News
Previous Article Mitch Landrieu (Of All People) Lectures About Getting Things Done
Next Article Is Louisiana Standing On The Sidelines While The Shale Revolution Happens?