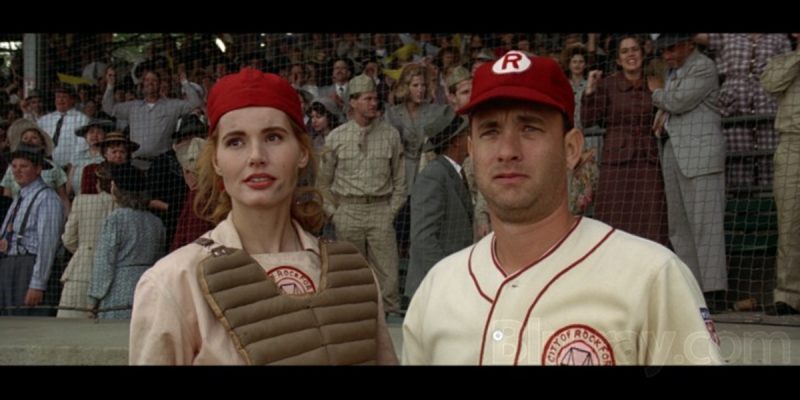 If you’re looking for some context behind the power struggle between Gov. John Bel Edwards and the fiscal conservatives in Louisiana’s House of Representatives, you might find this helpful. There’s a great back and forth in the movie “League Of Their Own” between Tom Hanks, playing the manger of an all-girls’ baseball team while the men were off fighting WWII and Geena Davis, his star player. Davis wants to quit but Hanks tries to talk her out of it saying, “If you want to go back to Oregon and make a hundred babies, great, I’m in no position to tell anyone how to live. But sneaking out like this, quitting, you’ll regret it for the rest of your life. Baseball is what gets inside you. It’s what lights you up, you can’t deny that.” Davis responds saying, “It just got too hard.” to which Hanks responds, “It’s supposed to be hard. If it wasn’t hard, everyone would do it. The hard… is what makes it great.”

I would imagine House Speaker Taylor Barras can relate. Fighting the expansion of an already bloated state government is hard. The hard is what makes it great.

As someone who has covered politics and legislatures in three states I can tell you first hand battling big government special interests is hard. Very hard. It’s a thankless job. It reminds me of being an offensive lineman in football. You do all the work but the running back gets the glory. Truth is, there is not much glory in cutting government. But it’s the right thing to do. It’s the hard thing to do. Only the strong and courageous try. Even those who do try typically fail.

Every dollar the state spends has a special interest attached. And those special interests are insatiable in their appetites. This is the life of a legislator. One special interest character after another wanting something. All day, every day, someone wants something from you. The more you give, the more powerful and popular you become. Saying no is not in your best interest. That’s why so few say no.

The gas tax was a perfect example. For John Bel Edwards and other politicians who fancy big government, money is power and power is the name of the game. Contractors who build things like roads and bridges lobbied hard for the tax. That’s a lot of pressure for lawmakers from some big pocket players willing to throw a lot of cash around. And like it or not you need money to get re-elected.

The governor originally wanted a 23 cent gas tax hike. That’s a huge increase and despite strong opposition from the public it almost passed. Why would the governor push for such a big tax increase? Power. He could use those funds to wheel and deal and push his agenda by promising legislators projects in their districts. Money is power and power is the name of the game. Credit House leaders for killing the tax.

The media is another huge hurdle when standing up to the expansion of government. The failing Times-Picayune is all about growing government and the paper is more than thrilled to demonize anyone who has the audacity to stand in the way.

The hard left-leaning paper downplayed the $50 million separating the House and the Senate writing. “The dispute comes down to a $50 million difference, less than 0.18 percent of the overall budget.” Only in liberal la la land is $50 million a small thing. Interestingly, even that isn’t true – The Times-Picayune neglects to inform its readers about the “Medicaid push” the Senate demanded the House accept, in which Louisiana would spend $157 million it owes Medicaid service providers for a month of services on other budget items, pushing those monthly payments into the next fiscal year. That’s a blatantly unconstitutional maneuver, in that it creates an unbalanced budget (sadly, it’s also not the first time it’s been done in Louisiana), and yet the state’s media refuses to even report on it.

But this is the world in which those who try to hold the line on government spending live.

The Advocate is no different. Lately, it might even be worse – that paper has shown itself perfectly willing to print complete falsehoods in order to push a big-government agenda. It writes, “Those who don’t closely follow the political maneuvering at the state capitol simply will know the governor and lawmakers didn’t get their jobs done and now it’s going to cost taxpayers $50,000 to $60,000 a day for a special session.”

What pure hypocrisy! The media complaining about government spending? Only when that spending could lead to less spending. They’re showing themselves to be excellent lapdogs for John Bel Edwards.

But this is the game and how it is played. Big-government types have the media and the well funded special interests. Whether it’s Big Labor pushing for more state employees and higher state salaries, or lobbyists pitching something for their well-funded client, or some non-profit wanting a grant so they’ll have a leg up over the private sector, everyone wants in on the behemoth that is government these days. The special interests are endless, John Bel is relentless and yet Joe Six Pack is forgotten.

Standing alone against all of that is a handful of principled House members doing what they promised their constituents they would do. Hold the line on spending. “If it wasn’t hard, everyone would do it. The hard… is what makes it great.”

Interested in more news from Louisiana? We've got you covered! See More Louisiana News
Previous Article The Fundamental Problem With Louisiana’s Budget Stalemate Is This…
Next Article Paul Mainieri Seems To Have A Decent Amount Of Momentum Going For Him