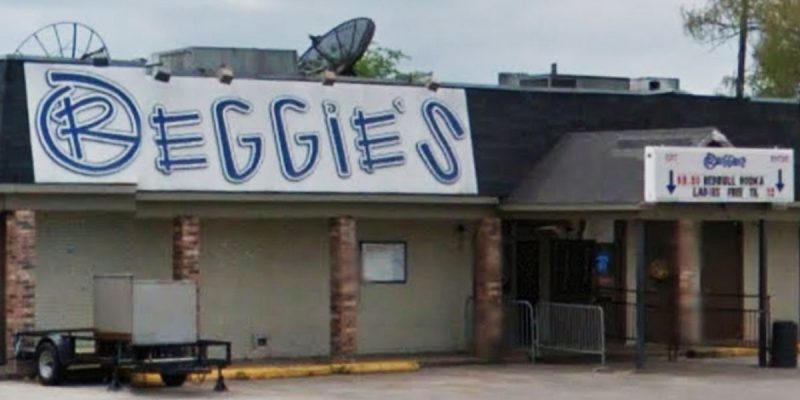 Do you remember the Kevin Costner-Sean Connery classic film The Untouchables? There’s a scene in that movie which almost perfectly fits the story everybody’s talking about in Baton Rouge today after the shocking-but-not-surprising development of Reggie’s Bar losing its liquor license hit the news.

Why does that fit Reggie’s demise? Well, here’s the story…

The liquor license for a popular bar was suspended, WBRZ has learned, as authorities investigate possible underage drinking and rowdy behavior around the establishment.

The license allowing Reggie’s to serve beer and liquor was pulled. Reggie’s, a Tigerland bar, was the focus of a sting by numerous agencies recently that resulted in nearly forty arrests – many of those arrested were under the drinking age.

WBRZ.com first reported details of the sting Wednesday. Police said there was an increase in underage activity at the bar on a night of heavily advertised drinking specials.

“During [the sting]… officers noticed an increase in the number of individuals under 18 years of age in the parking lot on Monday nights,” police said.

The area around the bar has also been the center of violent fights. In May, a fight was recorded showing as many as two dozen or more people brawling. People were seen knocked to the ground.

Everybody in town has known for a long time that Reggie’s was the bar all the underage kids went to drink.

It’s been a joke forever that this was the place which served the high school kids booze. Everybody assumed, though we can’t make an assessment as to whether the assumption was correct, that Reggie’s didn’t get shut down because they were paying off the cops and the Alcoholic Beverage Commission.

Apparently the check got lost in the mail, or something, because the authorities finally got wise to what everybody knows.

We’re not prudes around here, and we’re not especially fond of the state law making the drinking age 21 rather than 18; after all, if you can get yourself shot dead in Iraq or Afghanistan at 18 it doesn’t make any particular sense that you can’t legally buy a beer.

But Reggie’s isn’t the state legislature. They don’t get to make the drinking laws. That’s a contention it doesn’t appear the management there – going back all the way to the time the bar went by Sports – has ever been on board with.

And when that infamous video surfaced of drunks spilling out into the parking lot for an all-out brawl reminiscent of the finale of Blazing Saddles surfaced, it was time for Baton Rouge’s own Elliott Nesses to play detective.

The truth is, the Tigerland area has never been a particular garden spot in Baton Rouge. It was the site of awful apartments for college kids to live in 20 years ago, and now those apartments are increasingly leased to the Section Eight crowd – with crime and violence spiraling upward. Blight is next, and then – hopefully – a major knockdown and redevelopment of the entire area at some point.

Reggie’s has been a major part of the problem. Is it gone for good? We’ll see. The place can legally still be open but can’t serve booze. Unless it could find a new life as a bottle club – we don’t even know if that’s legal in Louisiana – it’s hard to see a way it could turn a profit.

Interested in more news from Louisiana? We've got you covered! See More Louisiana News
Previous Article BRIGGS: A Step To Reignite Louisiana’s Oil And Gas Industry
Next Article The Center For American Progress Is A Bunch Of A-Holes, And Here’s Proof