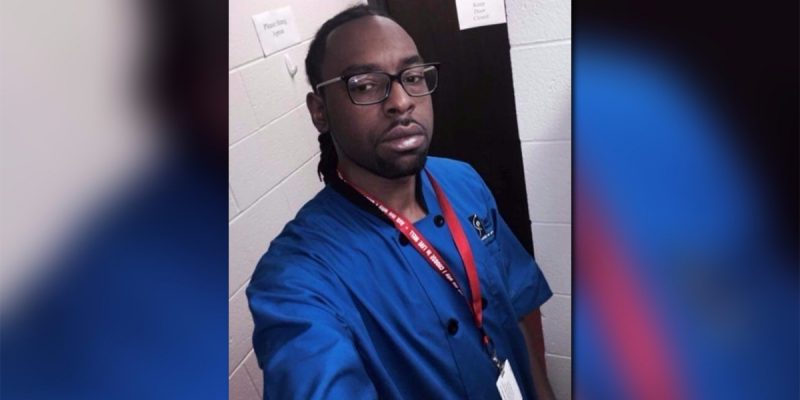 I carry a weapon, a .38 caliber revolver.  It’s for self defense, home defense, and a sense of personal security.  I don’t carry it where it’s illegal to do so, in bars, parks or near schools.  Mostly, it stays in my car – which is, unfortunately, where I mostly seem to spend my time, too.

On the rare occasion I am stopped by a law enforcement professional – and it is rare, because I’m a cautious and compliant driver – I do several things: I first indicate that I acknowledge the traffic stop, slowing down and putting on my hazard lights.  Once stopped, I roll down my window, turn the car off, and put both hands where the officer can see them – outside the window.  When the officer approaches, I make eye contact.  I tell him or her that I have a weapon in the car, and keep my hands visible – outside the window.  Then I follow whatever instructions follow.

My friend Mark (not his real name) is African-American.  He was pulled over for a minor violation last week while driving with his white girlfriend. The officer’s first instruction was for him to exit the vehicle, whereafter he was frisked.  His date was surprised, and he explained that this is the norm for him, for black male drivers.

Eleven months ago, Philando Castile, an African-American, and his girlfriend were stopped by a cop outside Minneapolis for having taillights out.  It was a valid stop.  The officer asked for Castile’s driver’s license and insurance and, before reaching for it, Castile informed the officer that he had a weapon.

The officer didn’t instruct Castile to keep his hands visible.  He said, “Don’t reach for it.”  Then he opened fire, putting five bullets into an innocent driver who was carrying a weapon lawfully and had made no aggressive movements.  Responding paramedics found the weapon in Castile’s pocket – far from his hand.

Last week, a jury acquitted that officer of criminal charges.

I carried a badge for nine years, and had the privilege of representing hundreds of law enforcement professionals to the public and the media.  My automatic default is to believe that cops are right and bad guys are wrong.

Those of us who carry weapons legally and lawfully, who don’t rush to use them, who in fact avoid having to use them – and who are white – have an advantage.  We have a longer life expectancy.  We have the Justice System on our side.

People who look like Philando Castile have a built-in disadvantage.  People like my friend Mark have it, too.   That’s about race, plain and simple.  But it’s also about equality of respect for the 2nd Amendment we conservatives claim to hold dear.  If we acknowledge that guns are not innately criminal – a visible and proven fact – then we must also accept that not all who carry guns are criminals.  Philando Castile didn’t have the opportunity.

Castile was a trained and licensed gun owner.  He did was he was supposed to do in disclosing to the officer that he was armed.  A reasonable person could also assume that if he meant the officer harm, he would not have disclosed that all-important fact.  Criminals don’t, usually, say, “I’m armed” before committing a violent crime.  It’s axiomatic that bad guys (and women) do bad things without requesting a waiver of liability first.

Not having been in the jury box, I didn’t hear all that those 12 citizens – 10 white, two black – heard.  Being an informed citizen and a responsible gun-owner, however, I am appalled.

As we spout ad nauseum that “guns don’t kill people” we must also embrace that “black people don’t kill people.”  Bad people kill people.  On occasion, good people who do bad things kill people with malice.  Sometimes, good people protecting themselves or their property kill people.  Drivers with bad taillights who say, “Officer, I need to tell you I have a gun in the car,” aren’t automatically dangerous, no matter what color they are.  In fact, those are the least dangerous of all.

The 2nd Amendment applies to everyone, just as all the other ones do.  I respect our system of justice, but I also have eyes and ears and a logical mind.  Philando Castile was a victim of murder, killed for responsibly exercising his 2nd Amendment rights, guilty only of being Armed While Black.

Last time I checked, that is not a crime.