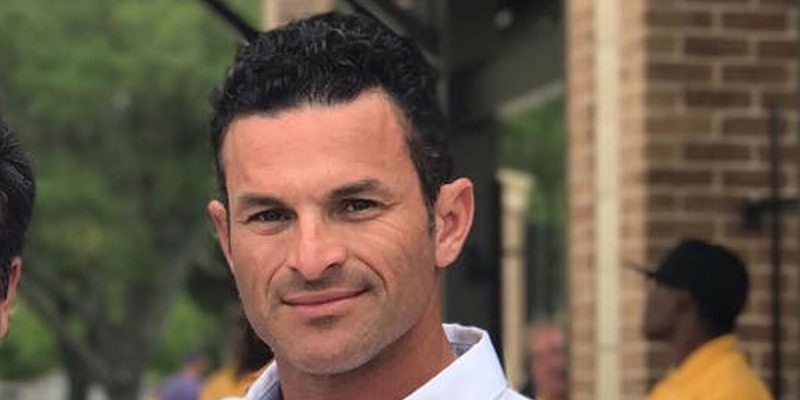 …seat opening up now that Scott Angelle has moved on to a position in the Trump administration. Craig Greene, a doctor whose father was Baton Rouge Republican state senator Tom Greene, has been quietly collecting support from business groups and conservative activists around south-central Louisiana and today announced the formation of a campaign team via a press release.

“I’m excited to announce the strong, talented campaign team overseeing my 2017 Public Service Commissioner campaign,” said Greene. “As a small business owner, I know how hard it is to start a job, open a business, and raise a family. If we want our economy to flourish we have to stop over-regulating our businesses, over-taxing our people, and over-spending our budgets.”

Greene boasts widespread grassroots and financial support with over $200,000 on hand.

Campaign Chairman – Hank Danos: For over four decades, Hank Danos has been the leader at the helm of Danos’ global success. In 1962, he joined the company his father and uncle founded, and from his first job as a roustabout to his current role as CEO and president, Hank has been a hands-on leader and the driving force behind the company’s values-based approach to business.

In addition to being a member of the Danos Board of Directors, Hank has been actively involved in professional organizations, including: the executive subcommittee of Offshore Operators Committee (OOC), the Louisiana Association of Business & Industry (LABI), the LSU Board of Supervisors, the National Ocean Industries Association (NOIA), and the LA 1 Coalition.

Campaign Vice Chairman – Julio Melara: Julio Melara is the President and CEO  of Louisiana Business Inc., a multi-media publishing company which publishes Business Report, 225 Magazine, InRegister Magazine, Daily Report and many other niche publications, websites and e-newsletters. He is a National Speaker and  the author of five books, Do You Have The Time For Success?, It Only Takes Everything You’ve Got!, Keys To Performance, 15 Power Points To Ignite Your Success! and Mental Snacks – Nourishment for your mind and fuel for your life!

Campaign Treasurer – Sean Connor: Sean Connor’s exceptional credentials in complex financial crimes investigations and federal disaster fraud response management speak for themselves – measures of domain-specific excellence earned not just as a Special Agent in the United States Secret Service and a highly trained security and investigative specialist but also, a certified computer forensic expert with over a decade of service to the federal governement.

Connor served as the Investigative Coordinator at the National Center for Disaster Fraud (NCDF), first established by the Criminal Division of the U.S. Department of Justice in the immediate aftermath of Hurricane Katrina in 2005 and, since the BP Oil Spill of 2010, headquartered at Louisiana State University in Baton Rouge.  Connor transitioned from federal service and joined the executive management team at Prime Occupational Medicine in 2015.

Finance Director  –  Alexandra “Allee” Bautsch: Alexandra “Allee” Bautsch will lead Greene’s fundraising efforts. Bautsch launched her team, the Louisiana-based Bautsch Group, in 2007. The firm specializes in implementing fundraising strategies for statewide and national campaigns. With candidates in every major Louisiana race last year, her team outraised all of their opponents in the 2016 cycle. The Bautsch Group has raised in excess of 50 million dollars over the past decade in non-profit and political fundraising.

Dr. Greene received his undergraduate degree from LSU where he was a member of the football team. Craig received his medical degree from Louisiana State University Health Science Center in New Orleans in 2000. He completed his residency at Texas A&M Department of Orthopaedic Surgery at Scott and White Hospital in Temple, TX in 2005 followed by a fellowship in Orthopaedic Traumatology and complex fracture care at Harborview Trauma Center, University of Washington in Seattle, WA in 2006. Dr. Greene recently completed his MBA program at Yale University and is passionate about societal and healthcare sustainability.

Dr. Greene grew up in Maringouin, LA and now lives in Baton Rouge, LA with his wife of 21 years Kristen and their four children- Hadley(15), Cass(13), Gabe(10) and Ryder(6). They attend Healing Place Church.

The special election for Public Service Commissioner has been set for October 14, 2017.

As things look, the PSC race this fall could potentially be a Baton Rouge-vs.-Lafayette-vs.-Houma race. Craig Greene is the first to officially throw his hat in the ring, but the rumor mill has former state representative Lenar Whitney mulling a run, as well as Democrat-turned-Republican state senator Norby Chabert. Both are from Houma. And more lately, state representative Julie Emerson of Lafayette, a rising star in GOP circles, has had her name kicked around for the seat – when we talked to Emerson she said she’s undecided on what her plans are.

Greene looks like an attractive candidate and he should be the “money” player in the race. If it should come down to a Craig Greene-Norby Chabert runoff, things might become very interesting – and spirited – in November.

Interested in more national news? We've got you covered! See More National News
Previous Article Bill To Prohibit Convicted Felons From Running For Louisiana Office Easily Passed The House But Failed In The Senate
Next Article ERSPAMER: The Pelican Institute Is Back, And We’re Ready For Action