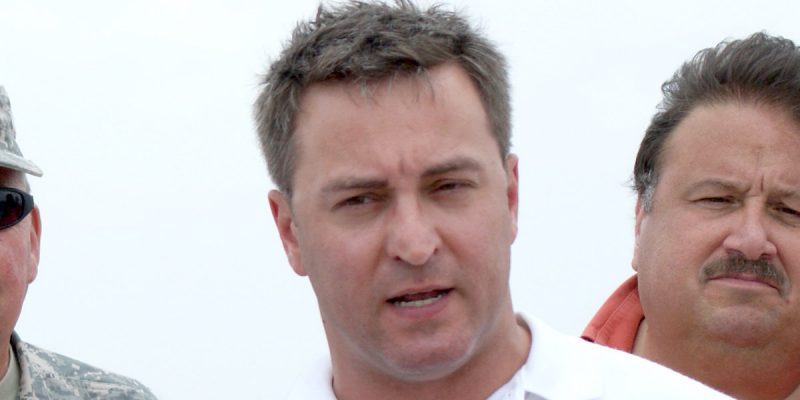 I’m going to break some confidences here, and probably lose some relationships that heretofore I would have called friendships. After some consideration, it occurs to me that I would much rather do a service to The Hayride’s readers, to whom I owe far more, than maintain a few confidences with people whom I trust in very, very small amounts. The subject is the toxicity of Louisiana politics, and the corrupt nature of some – and one in particular – of the players in it.

It starts with a party. Monday night was the Elephant Stomp, which is an event put on each year by the House Republican Delegation on an early-week night in the latter half of May – toward the end of the legislative session. I am a sometimes-attendee of the event; it’s usually a good time, though occasionally in my capacity as a critic of the goings-on in the legislature from a conservative standpoint the party can at times serve as an uncomfortable social venue.

That wasn’t the case this year. But when the soiree closed down at the Country Club of Louisiana a number of its attendees were looking for a place to convene for an after-party. I have no idea why I was part of that crowd; it was my plan to go home but for some reason, perhaps related to the fact I wasn’t driving and was therefore (1) less encumbered by the need to keep the intake of alcohol to a minimum and (2) much more susceptible to the concept of “going with the flow,” I didn’t go home when the Elephant Stomp was over.

As such, I ended up at a small event at the Pentagon Barracks, in the apartment of a member of the Louisiana legislature. As he did nothing untoward, I will not name that legislator – in fact, I appreciate his hospitality, as I’ve written things in the past uncomplimentary of him. That is part of the negative side of this job – one endeavors to be as candid and truthful as one can be in describing the events let loose by the political class, but these are people, and candid and truthful commentary often has negative effects on personal relationships with the subjects of that commentary.

I have never held that good relationships with large numbers of Louisiana’s legislators is crucial to our operation here. For the most part, our relationships with legislators and other politicians are “arm’s-length” at best – we have a small number of public officials who, over time, we’ve cultivated a relationship with based on trust because they’ve consistently shown themselves to be reliable conservatives and those who would stand upon principle. A politician not willing to stake his or her future on a stated set of beliefs is and always has been, for us, someone not worthy of cultivation as a source or an ally.

Louisiana has a very large number of those politicians. In the legislature they make up very near a majority.

Thus when I found myself at the Pentagon Barracks at a late-night get-together, I was confronted by Norby Chabert, the state senator from Houma. I have had relatively cordial relations with Chabert prior to Monday night; we have been at times critical of his voting record, with ample reason – last year he had a 51 score from LABI, while in 2015 he was a dreadful 34 – but it has never been a matter or personal animus. In the past we’ve disagreed with votes he’s made, and we’ve said so, and he has not made it personal.

For some reason, however, at the late-night Pentagon Barracks get-together on Monday night, Chabert decided the time was appropriate to attack on the issue of past Hayride writings – and specifically, favorable articles appearing on the site two years ago about a challenger to his Senate seat named Mike Fesi. I didn’t write those – if I recall they were Kevin Boyd’s posts – but Chabert jumped me over the fact that he’d done Google searches of his name and one or more of them showed up on the first page of the results, and he demanded I do something to change that.

My response was that if I could control how Google crawls The Hayride I would be considerably richer than I am, and the only way I know to change those search results is to delete those articles, which I would not do.

He didn’t buy that at all.

He proceeded to tell me that he knew I could “fix” those search results, and what we were talking about was my price for doing so. After all, he said, it was pretty obvious Fesi had paid us to get favorable coverage. And he said he wasn’t mad about that, because he knows that’s how the game works.

To be clear, that is not how this game works. It has never worked that way here at this site. It will never work that way here. I won’t say who but I was offered a $10,000 bribe by someone just last week to shut up about the gas tax bill. It’s been seven years of making a hell of a lot less than I’m worth doing this site – if I was for sale I could have been living a lot more comfortable life over the course of that seven years.

And furthermore, no money ever changed hands in any way between the Fesi camp and us. Often, political candidates (usually conservative Republicans) will advertise here – as you would expect them to given the reach and target market of our readership. What they buy is banner ads, not editorial space. Fesi bought neither.

You don’t have to take my word for it. Here is a statement from Chris Comeaux, who was Fesi’s political consultant.

“The Mike Fesi campaign never advertised with The Hayride. We were satisfied when they wrote about Norby doing some of the most reckless things seen in recent history – like paying for a Christmas party for his bar – out of his campaign account. But we had no influence on The Hayride for writing about those things. Frankly, we were shocked that more news sites didn’t cover it.”

And by the way, nothing has changed where Chabert and his campaign account shenanigans, either. From his 2016 report, there was this…

There’s a whole lot of questionable expenses in that report indicating Chabert is paying personal expenses out of his campaign account, just like Fesi accused him of doing back in 2015.

That’s why we favored Fesi over Chabert. We don’t like crooked politicians, we don’t like Democrats who slap an “R” next to their name in order to fool the voters into thinking they’re something they aren’t and we especially don’t like smarmy, entitled punks from old-school political dynasties who think everybody else is as bent as they are.

So when Chabert accused me of being for sale, I pointedly explained how off-base he was. And by pointedly, I mean I was actually pointing at him. Upon which time he grabbed my finger and tried to break it.

And when I yanked my hand back and told him this confrontation was going to escalate if he touched me again, he said I was “out of control.”

Were that true, I wouldn’t have done what I did, which was to leave. Even late at night in a place I had no business being in, somehow I managed to make a good decision. Had I done otherwise and this argument had escalated, you’d be reading in the Advocate about how Scott McKay in a drunken rage attacked a state senator in front of a bunch of witnesses and got himself hauled off to the parish prison, and I can reasonably safely predict that would have been the effective end of this site as a credible voice for conservatism in Louisiana.

So perhaps it was a minor miracle things turned out as they did.

I look at it as a wake-up call, and a reminder of something it’s easy to forget when you’re socializing with some of the state’s political swells. Louisiana’s state senator from the 20th district is a morally corrupt individual who believes everyone can be bought for the right price just as he can be, and he represents a brand of politics which is the reason this state is last in every category. Until that brand of politics is finally shown the gate, we will continue to be last in every category.

Word is that Chabert will run for the Public Service Commission seat being vacated by Scott Angelle, who just took a job in the Trump administration. If the people of south-central Louisiana allow him to win, it will be another nail in our political coffin. That was made very, very obvious to me late last night.