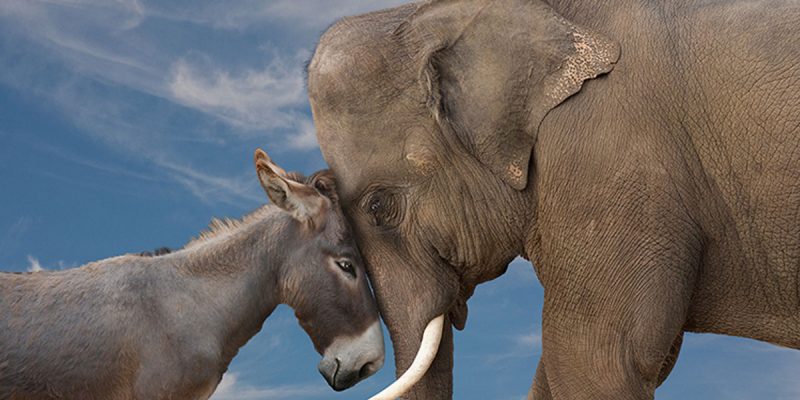 For generations, Americans have peacefully disagreed amongst themselves about the direction of the country. At times, fights have escalated over some of those disagreements. Thankfully though, our commonalities with our fellow countrymen have usually overruled many of our differences, bringing us back together, in the end, to rally around the greater good of our country.

As a united people, we have always been driven by our Constitutional right to speak freely, worship God, vote for our own leaders and enjoy the limitless opportunity of freedom…even though we often disagree on the most appropriate ways to do so.

We have stayed the course at times and reversed course at others. We have lived divided, though most of our moments have thankfully been filled with great consensus that almost goes unnoticed. We have argued throughout history on how best to respond to wars and other domestic and foreign conflicts, while some of our most inspirational and unifying moments in American history have come on the heels of facing such tragedy.

Our Founding Fathers were not perfect men. In fact, they heartily disagreed amongst themselves at times on how this nation should come to be. They occasionally called each other names and schemed against each other. They even engaged in the occasional duel to settle a conflict. However, they somehow managed to agree just enough to create the greatest nation the world has ever seen.

Partisanship, the term used to describe elected officials who are extremely reluctant to compromise with their political opponents, is a word that everyone hates. It is often blamed for many of our problems today. Both major American political parties fall victim to its alluring call, though their constituents all claim to detest it more than anything.

The term partisanship technically applies to all political parties, though many feel Republicans are blamed for being partisan more often than Democrats. Not convinced? Do a Google search to see how many times a national or state Democratic elected official has been called partisan in the press over the last decade.

I am guessing you won’t find many articles criticizing Nancy Pelosi, Chuck Schumer or former President Barack Obama for being too partisan when they refused to compromise with their political opponents? You will also be hard pressed to find many editorials decrying partisanship any time Louisiana’s own Governor Edwards has opposed members of the opposite party. Good luck even finding an article ever alleging partisanship by the elected leader of the State Democratic Party, who happens to also be a sitting State Senator, even though it is in her political job description to be partisan.

The liberal elite in Hollywood enjoy the double standard also. Johnny Depp, Kathy Griffin and several other Hollywood celebrities have openly talked of the merits of someone assassinating the president. Ever see these types of comments by liberal activists described in the press as partisan? Could you imagine the cries against extreme partisanship if one of the few conservative actors in Hollywood (I think there may be a few in hiding) ever inappropriately joked about assassinating a Democratic president?

In contrast, do a quick Google search for articles pertaining to partisanship and any form of the term ‘House Republicans” (Congressional or Legislative will do). Broaden the search to articles and editorials generally describing the policy position of conservatives as compared to the policy position of liberals and see who is more often described as the partisan official.

When did partisanship become a single-party epidemic?

Why the disparity? The obvious truth is that partisanship is unfortunately practiced by both parties, whether reported or not, and it is getting very old to voters of all varieties.

Everyone rightly hates partisanship no matter who is practicing it. The overwhelming majority of voters, myself included, are tired of all the politics and name calling. They just want solutions from their elected leaders that make sense. To productively accomplish this, most folks in the real world realize that both sides must give a little to gain a lot.

Liberals shouldn’t be immune from allegations of partisanship just as conservatives shouldn’t be condemned as partisan every time they stand up for their beliefs. They both should be blamed equally when they deviate from good, old-fashioned aggressive advocacy to acts of petty political partisanship.

Americans have always fought, bickered, disagreed and vigorously debated the key issues of the day. We have also always found a way to bring it all together when the time called for it.

Partisanship is a problem for Republicans AND Democrats. Both parties should continue to argue their points, but also find a way to keep the larger goal of developing workable solutions in mind. We can’t let today’s version of petty partisanship, by both parties, mess up the American dream.

Republicans and Democrats view the world differently on many topics, producing a long-standing tradition of healthy friction that has rarely hindered American greatness. This friction is not the impediment to a good compromise; rather, history has shown that grinding through these moments is one of the best ways to find one.

To disagree is human. To accept it, work through it and become stronger is 100% American.