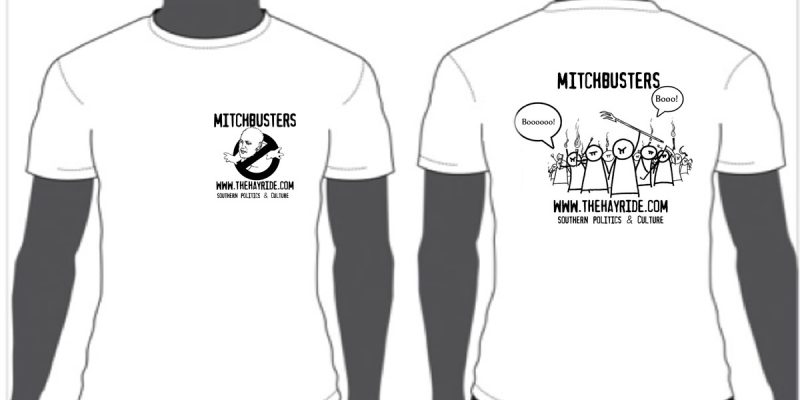 The Times-Picayune had an article earlier today quoting the management at a pair of New Orleans restaurants as denying the stories about their patrons giving a heckle and a boo to Mitch Landrieu over the past few weeks.

“The man said, ‘I don’t agree with your politics’ and didn’t shake his hand,” said Mandina. “That was it. No yelling, no nothing. Just normal.”

That’s not how the incident was depicted a few days later by The Hayride, a right wing website. According to the site, “Landrieu dropped in at Mandina’s” and “the crowd in the place erupted in loud boos at the sight of him.”

“That did not happen,” Mandina said. “It’s fake news.”

It is nevertheless a story Mandina can’t shake – and a troubling example of how the internet’s echo chamber converts rumors into conventional wisdom. Clancy’s, another classic New Orleans restaurant, has also been dogged by a similar untrue story involving the mayor.

The fake tales come in the wake of the removal of New Orleans’ Confederate monuments. The removals have incited particularly volatile online debate, with foes of the statues’ removals often attempting to punish organizations and businesses seen as sympathetic to Landrieu with public shaming and boycotts.

“I get texts, phone calls at the restaurant, phone calls at my personal phone,” Mandina said. “People come in all the time, ‘Did Mitch come in? Did he get booed? Did it happen?'”

She added, “I have a standard text I text to people, ‘No, this is not true. This didn’t happen.’ I just forward it.”

Mandina said former mayor Moon Landrieu and his wife, Verna, the current mayor’s parents, are longtime Mandina’s regulars. “He and his wife come in on Thursdays and split a braciole,” she said of the former mayor. Mitch Landrieu often drops in to visit with his parents and talk to customers, according to Mandina.

Earlier this month, Mandina said someone called the restaurant and asked, “Are you going to continue allowing Moon and Mitch Landrieu into Mandina’s?” The caller threatened to boycott the restaurant. “It’s crazy,” Mandina said. “We’re in the business of serving food.”

And the management at Clancy’s wouldn’t say boo either…

The post also asserted the mayor “was booed out of Clancy’s uptown by the owner, patrons and staff.”

“It’s absolutely untrue,” said Brad Hollingsworth, Clancy’s owner. “Mitch Landrieu came in a couple of weeks ago. I hope he enjoyed his dinner. We wouldn’t treat him like that or any customer like that. It’s just not the way we do business.”

Hollingsworth said he has received calls from customers wondering if the story is true. “A sous chef whose wife is a doctor at East Jeff said they were all talking about it out there.”

The night after the mayor dined at Clancy’s with a large group, Hollingsworth received a call from “some anonymous person who said he wouldn’t come back because Mitch Landrieu was in.”

We’re not going to dispute the Mandina’s or Clancy’s management’s version of the story. We’ll say that any versions of stories alleging owners or staff of restaurants in New Orleans would treat their customers with booing or heckling would clearly be false. Nobody in their right mind would do that, or allow their employees to do that, to the mayor of the city. He controls the health inspectors, after all, and that’s a great way to get hounded out of business. Particularly when the mayor has a reputation for being as vindictive as Mitch is reputed to be.

Not to mention running off lots of customers.

On the other hand, patrons might be a different thing. An owner or manager of a restaurant might well not know if Landrieu was booed in their establishment given how busy the place might be during the dinner rush.

But even if it did happen, you’re not going to want to advertise the fact – to do so would make you “controversial,” and nobody in the hospitality business wants that. So you deny it happened no matter what.

That’s why we’re running the contest. There is zero point in yelling “Boo!” in Landrieu’s face if there’s no proof it was done. The point of booing him is to send a message that his rotten administration of the city is not appreciated, and it has to be a public thing to induce others to reflect on their judgement of his job performance.

The video is the proof. The video makes it impossible to deny. The video makes fake news out of stories like the one the Picayune ran today. So far, there have been no submissions to the Boo You contest. If you guys don’t want to give Landrieu any live feedback about the job he’s done on the Big Easy, fine. We announced the contest and got lots of traffic in doing so – no thanks to the Picayune, which referenced the contest today without linking to it. That’s a fairly impolite breach of digital journalistic etiquette we’re more than used to at this point from the “major” newspapers in the state, by the way; it doesn’t lower our opinion of their work product in the least. The point is, it’s no skin off our backs if nobody actually enters the contest; just announcing it was a success for us already and we don’t have to pay off any cash prizes if nobody enters.

But if you want to boo Landrieu when he’s out and about, you should make sure there’s video of it. Do so and send it to us, and we’ll send you a t-shirt and possibly a cash prize up to $500.

Interested in more news from Louisiana? We've got you covered! See More Louisiana News
Previous Article Not Even A Tropical Storm Can Stop Crime In New Orleans
Next Article McCollister To Broome: Do You Want St. George? Because This Is How You Get St. George