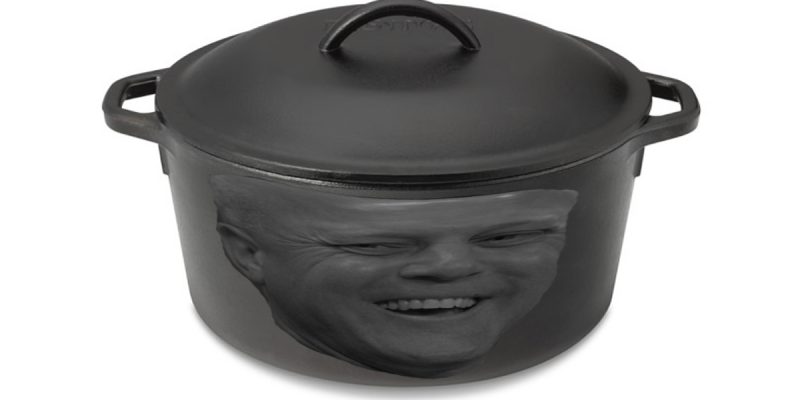 Republican US Senator John Kennedy, perhaps Louisiana’s most prominent politician, is not known for holding his tongue.

As state treasurer Kennedy was a frequent critic of then-Governor Kathleen Blanco and then later of her successor Bobby Jindal. And then John Bel Edwards after Jindal left.

If Louisiana politics were American Idol, Kennedy would be Simon Cowell.

And now as US Senator, Kennedy has locked on to a new target: New Orleans mayor Mitch Landrieu.

Now there’s no love lost between Kennedy and the “Kennedys of Louisiana politics,” as the former unsuccessfully tried to unseat Mary Landrieu for the US Senate I 2008.

So you can imagine when Kennedy penned a Nola.com column and appeared on local television about the poor state of public safety in New Orleans, the mayor was going to take umbrage with the Republican senator’s unkind commentary.

Mayor Landrieu’s office issued a statement that I suspect the city executive may not have read before it was blasted out to the media.

The statement compared the city’s current crime rate to what it was over two decades ago (yeah) and the occasions the mayor visited murder scenes and the funerals of victims.

But then, they took it an insult too far calling Kennedy a “career politician.”

I understand that history is not the strongest subject for the Landrieu Administration but you’d think they would be familiar with the mayor’s political career.

Kennedy has run for office nine times since 1991, yet Mitch Landrieu has the junior senator beat in number of campaigns and years in elective office.

Kennedy first ran for public office (Attorney General) in 1991, failing to make the runoff. He challenged and unseated the incumbent state treasurer in 1999 and did not receive opposition in his 2003, 2007, and 2011 re-election bids before drawing a token opponent in 2015. Kennedy ran for the US Senate three times, losing in 2004 and 2008 before coasting to a landslide in 2016.

In total, Kennedy has held an elective position for 18 years, which is a long time but not nearly as long as the source of the “career politician” insult.

To put it in perspective, Kennedy took over as state treasurer in Bill Clinton’s final year in the White House while Mitch Landrieu has held public office since Ronald Reagan was president.

Mitch Landrieu first ran for the state legislature in 1987 and not for just any seat in the House of Representatives but the one his sister Mary had held since 1980. Mary had vacated the position to run for State Treasurer, which she won and held until running for governor in 1995.

Mitch Landrieu would run for re-election to the House of Representatives in 1991, 1995, and 1999, for a total of four legislative campaigns.

In 2003, Landrieu sought to succeed Blanco as lieutenant governor. He won that race and then was re-elected to a second term in 2007, bringing his campaign tally up to six.

And then there were his campaigns for City Hall. Mitch first ran for mayor in 1994, where he finished a distant third. He made his second bid for mayor in 2006, losing a close runoff to the incumbent mayor Ray Nagin.

Four years later Landrieu ran again for mayor, this time comfortably winning what is considered the second most powerful office in the state. Facing nominal opposition, Landrieu plowed to an easy re-election in 2014.

So a 51-year old man who has run for public office TEN times and been in one elective office or another for thirty years, or put another way, 60% of his time on earth called somebody else a “career politician.”

The only person Landrieu could have called a career politician with a straight face was West Virginia US Senator Robert Byrd. Not that Byrd would have considered that an insult.

I don’t think I’ve missed anything on this list just as I’m sure the Landrieus haven’t missed any office to run for. I imagine longtime Orleans Parish coroner Frank Minyard was relieved that none of the Landrieus went to medical school.

Add the “career politician” barb into the same basket of Landrieu rhetorical absurdity as “statues are murder,” his low-ball monument removal estimate, and his global warming political theater.