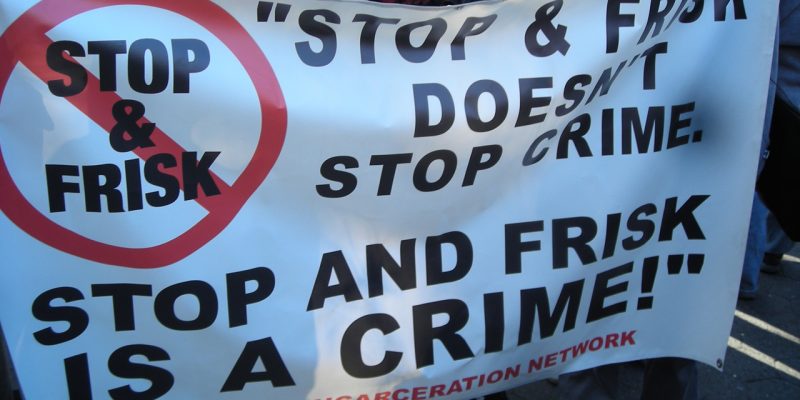 U.S. Sen. John Kennedy on Wednesday submitted an editorial to NOLA.com calling for NOPD to begin using stop-and-frisk tactics. Other than defending abortion rights and demonizing Israel there are few things that rile up leftists obsessed with political correctness more than talk of stop-and-frisk.

At first glance I can understand why some may have reservations about the tactic. Nothing riles me up more than these road blocks set up to catch drunk drivers. But there is a huge difference between roadblocks and stop-and-frisk.

Before cops can employ stop-and-frisk they must first have probable cause. With DUI checkpoints everyone is stopped without any justification. This comes just a little too close to a police state for my taste.

But what is similar between the two is they without dispute work. Stop-and-frisk is one of the strategies that helped bring about an 85% reduction in crime in New York City between 1994 and 2013.

Think of how many lives would be saved if New Orleans saw an 85% reduction in crime. To argue the policy is ineffective is just silly. The politically correct look foolish trying.

The PC cabal, of which Mayor Mitch Landrieu is a card-carrying member, argue against stop-and-frisk claiming it discriminates against blacks. They say it opens the door for racist white cops to harass blacks. But what they don’t mention is within NOPD, the potential administrators of stop-and-frisk, blacks outnumber white cops almost two to one.

“The New Orleans Police Department is one of the most diverse police forces in the country, and I don’t believe every NOPD cop is a racist. The politicians should let the NOPD do its job.” Sen. Kennedy writes in NOLA.com.

Mr. Kennedy also argues for the mayor and city council to hire more cops. When Mr. Landrieu was first elected NOPD was a third bigger than it is today. The mayor’s multi-year hiring freeze has devastated NOPD’s ability to fight crime in New Orleans.

“For three years now the mayor has been vowing to hire 150 new cops a year. He hasn’t even come close.” Kennedy says.

“We should listen to District Attorney Leon Cannizzaro, who has warned that our city has crafted a criminal justice policy that has repeatedly placed politics above public safety. Maybe the DA’s candor is why city leadership cut his budget $600,000 this year, eliminating more than 10 positions and withdrawing investigators from murder scenes. Talk about doubling down on stupid!”

Sen.Kennedy is correct. Mayor Landrieu has doubled down on stupid political correctness and seems focused on anything and everything other making his city a safer place. Something employing stop-and-frisk is certain to do.

But in New Orleans with Mitch Landrieu in charge, political correctness is king, not public safety.