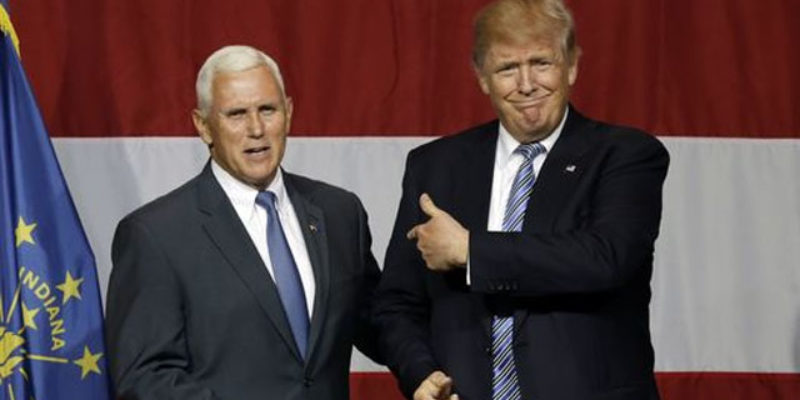 One of the most difficult aspects of politics for some is being able to recognize that there is more to a person than their political affiliation.  In just the past few days we’ve seen two examples of people in uproar over something “the other guys” said or did, without even considering the actual content.  Whether it’s NPR tweets or a new Trump theme song the source is judged more than the content.

In celebration of the 241st Anniversary, National Public Radio (NPR) decided to tweet out in small snippets the Declaration of Independence including the signers and their states.

When in the Course of human events,

It took over one hundred tweets to send out the message. While filling up your personal feed with the Declaration of Independence may cause some annoyance as you search for those pictures from last night, it seems many Americans were angry – not at the number of posts – but at the content of the Declaration itself.

Most of the original tweets attacking the  NPR tweets have now been removed and only exist in screenshots. Some of the tweets likely came from trolls or fake accounts, but if you look at some that are still up it is clear that there are even conservatives who didn’t realize that it was the Declaration of Independence. While it could be argued that this is just a critique on American’s miserable grasp of history, it also speaks to how quickly we are to judge a source over the actual content.

During the final debate of the presidential election, a question was asked about gun control. Hillary Clinton pointed out her belief that the government should keep people from the no-fly list from purchasing a gun. Boos erupted all around me. Twitter was ablaze with condemnation. When it was Donald Trump’s turn to answer the same question he said that he and Secretary Clinton were aligned on that ban. Immediately, the tone changed to support the policy. The same policy that was just being booed, the same policy that would deny Americans the right to bear arms without due process was now a good idea because it had come from their candidate.

A similar incident occurred as a group of people jeered at Trump’s new “Make America Great Again” theme song, as it was recently debuted at a rally:

Personally, I find this extremely creepy, but I also find singing about any politician’s campaign slogan to be creepy and way too close to worship for my taste. This isn’t the first time President Trump rallies have had theme songs. During the campaign a girl’s dance and singing troop traveled to a couple of stops to perform:

Personally, I think both songs are weird. And while kids are adorable, singing about a politician running for office comes across as downright creepy. The problem I have with Democrats condemning it is that President Obama had the same type songs created about him and the talking heads were silent.

Bottom line, both Democrats and Republicans are guilty of hypocrisy.

We ought to employ a little integrity in our reasoning. Let us judge actions and words on their own merit. That is not to say to ignore the past, but if you are going to attack something make sure you are consistent in your critique, whether it is the NPR tweets or new Trump theme songs.