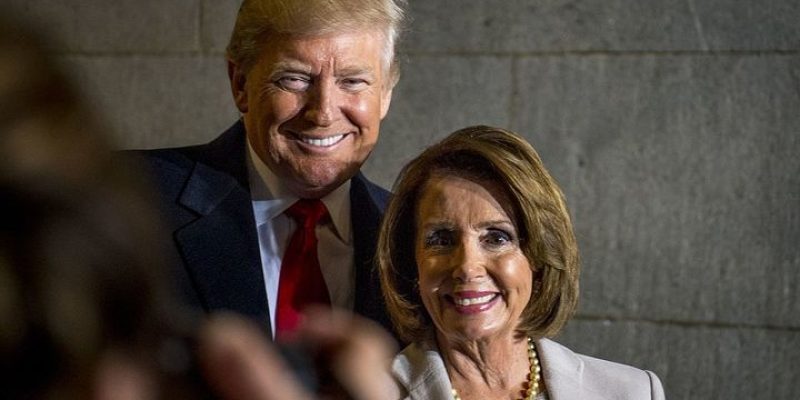 The Democratic Party, by all historical precedents, should have a stellar year in the 2018 midterm elections. Ask your average Democrat if they are optimistic, and they will likely try to convince you that President Trump is extremely unpopular and midterms are typically bad for the President’s party.

There’s a litany of reasons to believe that President Trump would be an albatross to the GOP in a midterm election based on the polls many news organizations regularly distribute. These polls tend to show that his approval ratings have remained relatively low, and they dominate headlines on virtually every network. These numbers infuriate the President, and for good reason. Democrats continue to point to the failures of the administration and the supposed scandals in order to justify their total opposition to the Trump agenda. Furthermore, they insist that 2018 gives them a real chance of winning a majority in Congress.

However, polling also shows that in Senate races in Missouri (where Senator Claire McCaskill is a top target for the GOP), or even Ohio (where Senator Sherrod Brown is considered to be a formidable contender for reelection), Republicans are doing much better than expected.

One major culprit of these misleading polling figures are the methods used by a majority of American pollsters. During the 2016 election, many ridiculed Trump for insisting that he won a certain presidential debate, largely citing CNN flash-polling after the debate that showed Hillary Clinton as the clear winner. However, the weaknesses in these polls lie in the very methodology used to calculate them. In the poll following the first presidential debate, CNN/ORC stated that out of the population polled, 41 percent were Democrats, 33 percent were independents, and 26 percent were Republicans. In comparison, voting breakdowns in exit polling from the 2012 presidential election were 38 percent Democratic, 32 percent Republican, and 29 percent independent. As such, the result of the poll was seriously skewed. This error was not repeated once, but in virtually every single CNN/ORC poll from the presidential debates. This was also the case for many state and national polls, leaving a massive error that resulted in the surprise election of Donald Trump in November 2016. This habit, as it seems, has continued into 2017. The Washington Post’s most recent poll regarding Trump’s approval rating showed that they polled 35 percent Democrats and independents and 23 percent Republicans. In comparison, the 2016 electorate according to exit polls was around 37 percent Democratic, 33 percent Republican, and 31 percent independent. If you poll more Democrats and independents you will undoubtedly receive a result that will be less than friendly to the Republican Party.

The Democratic Party also lacks any tangible central message that can be conveyed to voters. In the previously mentioned Washington Post poll, 52 percent of respondents think that the Democratic Party is “just against Trump.” This spells major trouble for the opposition. Without a clear message, that doesn’t involve going “scorched-earth” on the President’s policies, bills, and appointments, the Democrats have very little to offer the American people. In 2010, for example, Republicans railed against President Obama; but, they also targeted the full-repeal of Obamacare. While they disagreed with the Democrats on nearly everything, the GOP campaigned on a platform, not on pure obstructionism. The Democratic Party has recently received four different warning shots on this approach: the special elections in Kansas, South Carolina, Montana, and Georgia. These all should have been a clear indicator that despite record spending, Democrats aren’t going to be able to pick up House or Senate seats by simply being anti-Trump.

Just ask yourself: “Do you want a party that actually stands for something, or would you prefer the party who only stands against someone?”