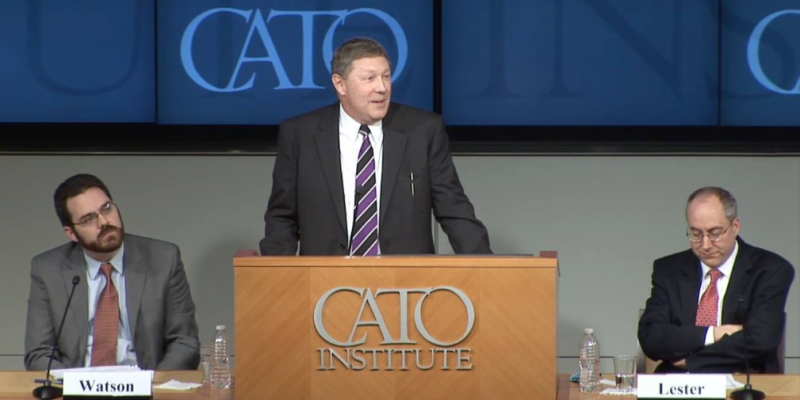 Tom Giovanetti, president of the Dallas-based Institute for Policy Innovation, watches the legislative sessions in Texas very carefully.  This week as the special session began, he expressed his cynicism about the outcome.  When asked to elaborate, he posted his explanation for his doubts about the passage of the governor’s agenda items, and explained why conservatives ought to hope for the best, but prepare for very little to be accomplished.  We asked his permission to reprint his thoughts from Facebook here, to give readers a close-up perspective they won’t likely get from news accounts or the politicians themselves.

The 2017 legislative session went about how most informed observers expected. The Texas Senate moved an aggressive conservative agenda related to tax limitation, limited government, school choice, and pushing back against the progressive social agenda. That was expected.

Equally expected was the Texas House going out of its way to keep all of that from happening. We know who Joe Straus and Byron Cook and their comrades are—they are not conservatives, they are tools of the unions, and they particularly and personally don’t like Lt. Gov. Dan Patrick and Gov. Abbott.

[I should add for the benefit of my non-Texas friends: Yes, the Texas House has an enormous Republican majority. You can be forgiven for being surprised that the Texas House is obstructing a conservative agenda. Yes, it IS bizarre.]

So the House dragged its feet on everything, refused to schedule hearings or even refer bills to committees. The Speaker refused to acknowledge motions from the floor from conservatives, and there is no mechanism in the Texas House that can force a floor vote or even a committee referral, like the discharge petition process in the U.S. House of Representatives. So the Speaker and his minions can kill anything they like.

Meanwhile, during the legislative session, Gov. Abbott was eerily quiet. There was little to no evidence of working to advance a conservative agenda from the Governor’s office, which was frustrating to many of us. Yes, this is a mystery. Everyone likes Gov. Abbott, and he will cruise to easy re-election. In Texas, the Governor’s Office is what you make it, and Gov. Abbott has not used it very aggressively.

So everything was on track to accomplish the goals of Straus and Cook, which was to stymie conservatives at every turn. UNTIL a group of aggressive conservatives in the House took the bold move to kill a mandatory sunset bill, which forced a special session.

I am told by informed sources that even then, the Governor’s office tried to see if they could find a way to deal with the mandatory sunset bill without calling a special session. When they found they couldn’t, and were stuck with a special session, Gov. Abbott decided to make it an opportunity to enhance his credibility with conservatives ahead of his re-election campaign. So he loaded up the call with an impossible number of truly great conservative initiatives, which he knew would never pass. But he can say to conservatives, “I tried—I did my part.”

That’s why I’m completely cynical, and expect no more than 2 or 3 of the items on the call to pass. And that includes the mandatory one. Straus will stop all or most of them, aided by his lieutenants, and there is nothing anyone can do about it.

Finally, let me be clear: I HOPE I’M WRONG. I want to see 20\20, as they say, and some of them are particularly important to me. But I’m not holding my breath.

A word about Straus’ lieutenants. The people aiding and abetting Speaker Straus in denying a conservative agenda include not only his corrupt cronies, but also people who claim to be conservatives but who run cover for him. The informed conservative should understand this dynamic.