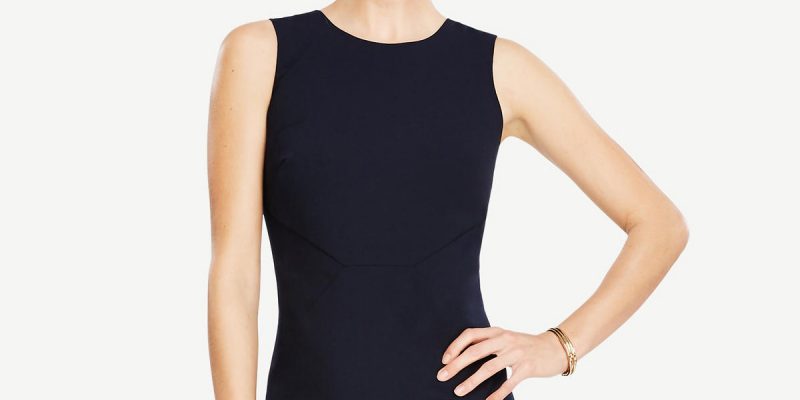 House Speaker Paul Ryan’s recent missive reiterating the importance of decorum on the floor of the People’s House was probably a good idea.  It is, after all, in keeping with his comments last month after Whip Steve Scalise survived an assassination attempt at a northern Virginia ball field.  Manners matter.  Communication styles matter.  How we treat each other as men and women matters.

That Speaker Ryan reiterated a longstanding House policy banning sleeveless attire in the Chamber was, in all likelihood, inadvertent.  Although I do not know him personally, this Speaker seems sensitive to public opinion, to diversity, and to optics.  How the House is perceived among the electorate, after all, is important – not only in electoral politics but in public confidence.

That said, however, details matter.

Almost five years ago, as then GOP-nominee Mitt Romney faced one-term President Barack Obama in what could have been a relatively easy victory, I was invited to address a group of Republican women and prognosticate about the looming election.  Among the things I shared with them was this:  In the year of the “War on Women” soundbite, the propaganda was working. One of my own family members, I told them, had bought it.  She, a Republican for many decades, a free-thinking conservative, then in her early 60s, had actually admonished me before that speaking engagement to speak to those women about how conservatives maligned and marginalized females.

I took her advice.  I shared that with my audience.  The collective gasp was audible.

There was, of course, no such thing as a “war on women” in, among, or from the GOP.  It had become a soundbite that resonated, and it clung to the psyches of many voters.

I spoke with someone last weekend who mentioned “women’s issues.”  I asked her, respectfully, what those are.  You may assume that abortion and “reproductive health” were top of the list.  Nope, although that’s probably where many conservative minds would default.  Her concerns were access to healthcare – not abortion – and equal pay.  Couture did not come up in her list of concerns, nor should it have to.

Earlier today, I read a story on the website of a national publication about the issue of women in sleeveless attire in Congress.  The lone comment on the post was from a lady who was aghast at the very idea that sleeveless dresses might be appropriate in any workplace – let alone the halls of Congress – and she asked how the collective “we” would feel if men wore muscle shirts on the floor of the House.

Madam, get thyself a grip.

There are certain gender norms, widely accepted, to which most of us do conform.  A congressman with waist-length hair, for example, would hardly be taken seriously.  He’d hardly have a chance at winning, even in the most liberal of districts.  (As much as we like to malign our friends on the Left as hippies they, too, expect some level of professional appearance, after all.)  Similarly, a man scantily attired – no matter his musculature – would hardly have a shot at winning office, let alone a seat in the People’s House.

That said, and “fashion” notwithstanding, gender-conforming men and women dress differently.  We just do.  And that’s OK.  Men’s professional “fashion” does not include sleeveless shirts.  Women, however, look perfectly fine – and perfectly professional – in sleeveless dresses or blouses.

I grew up in Washington, D.C.  Like New Orleans, the city is built on a swamp.  It’s hot.  It’s humid.  And in high-ceilinged chambers like the House of Representatives (which I’ve visited, albeit not in many years), one can easily imagine that physical comfort matters.  In fact, many male members may well *wish* they could wear less when at work in the Chamber.  Hell, given the literal climate in Washington they may wish they could wear shorts to work (as I do, most days).

All that said, I’m a big fan of appropriate and professional attire, and clothing that befits the office one holds.  As a parish-wide elected member of the St. Tammany Republican Parish Executive Committee (now in my fourth term), I wouldn’t dream of showing up for a meeting in shorts and a muscle shirt.  Were I ever graced with a seat in the People’s House (a position to which I do NOT aspire), the same applies.  I am not, however, a woman (a gender to which I also do not aspire).

So, men, get over it.  Mrs. Obama, Ms. Ivanka Trump, former Congresswoman Michelle Bachmann, and probably others, have worn sleeveless yet professional attire on the floor of the House.  Government did not fall, business was not disrupted, and simple deference to women’s fashion and clothing choices should not be an issue, for neither officials nor reporters.  To call them out for such trivialities only reinforces the Left’s misbegotten view that conservatives disrespect women and hold contempt for women in leadership.

We do not.  We should not.  To do so is to play into the liberals’ propaganda that we dislike women in positions of power.  It’s not true, so let’s not give them fodder for such nonsense.