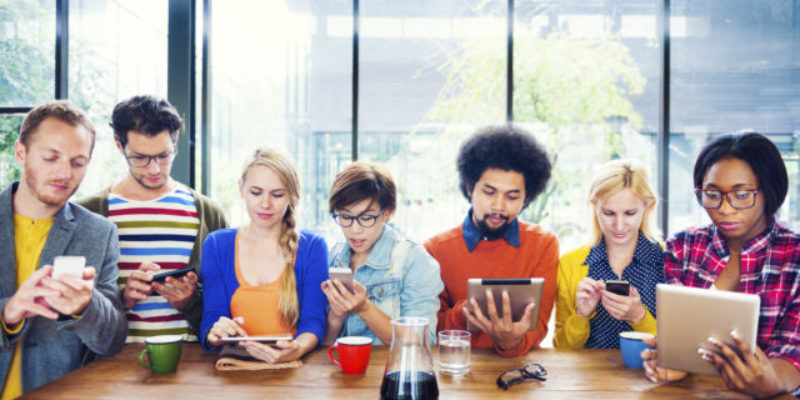 Inc. Magazine published an article by Matthew Jones called “5 Things Millennials Want Everyone To Know About Political Correctness (That Older Generations Don’t Understand).” The article tries to explain why Millennials are so politically correct and why everyone else should be as well.

Unfortunately, Jones starts out by using some pretty ageist language.

Millennials know that using appropriate language invites rather than restricts productive conversation. Creating a supportive environment makes space for all individuals to feel welcome in sharing their opinions, rather than fearing that people will demonize their personhood and attack their character based on their identities. Thanks to the internet, Millennials are citizens of the globe and ambassadors of social justice. Unfortunately, not all generations understand how using certain words or phrases prohibits dialogue and hurts other people.

In case you missed it, Jones says non-Millennials are hurtful bigots. That’s a pretty strong microaggression against older people.

Even worse than calling non-Millennials hurtful bigots, Jones decides to speak for me.

To discover five things that all millennials want older generations to know about political correctness that they don’t understand, read the list below.

I don’t want older people to be politically correct. I want honest and frank discussion. I don’t believe in intellectual safe spaces. Most of all, I don’t want anyone claiming to speak for me.

Jones wants you to know that the reason why Millennials are so politically correct is because they are all citizens of the world, or something.

Not only do Millennials have conversations with people around the world, they are also seeing inhumane acts of violence against marginalized people live streamed on social media. This increased visibility and exposure leads to a desire to ensure equality for all individuals, regardless of their race, gender, sexuality, socioeconomic status, or religion.

Nationalism, or the belief that your country and its laws, culture, and government is superior and beyond critique, is not appealing to Millennials. Seeing firsthand pictures and videos on their smartphones of discrimination and unequal rights for people of color, Muslims, immigrants, women, and LGBTQ individuals has increased Millennials desire for social justice.

Finally, Jones says that the reason why older folks reject political correctness is because they can’t adapt to the new world.

For a guy who writes about inclusion, Jones sure likes to stereotype people. He believes that those who disagree with political correctness are either bigots or stuck in the past.

This is a whiny article that encourages Millennials to be the self-absorbed, weak victims many pretend to be. What older generations need to do if they come across someone like this is give them a dose of reality.