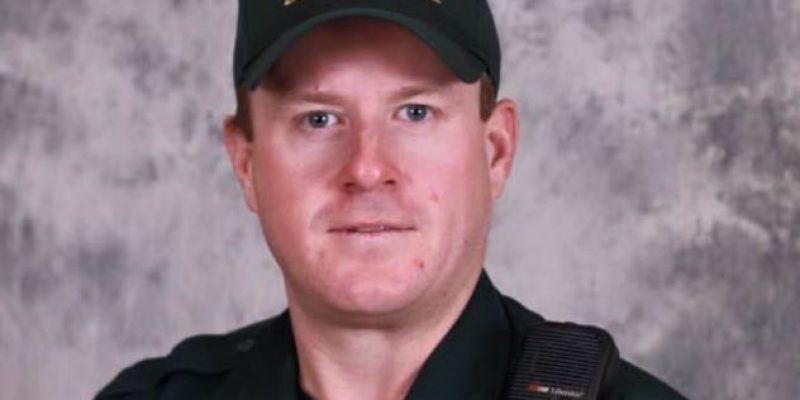 DeRay Mckesson hopefully will #StayWoke reading through the 28-page lawsuit filed against him and four other Black Lives Matter leaders on Friday. The lawsuit was filed by Donna Grodner, attorney to Nick Tullier. Tullier was shot three times last July by gunman Gavin Long, who shot and killed three other Baton Rouge Police Officers. Tullier is still recovering, a year later, in a rehab center in Houston.

The lawsuit claims that Mckesson and others “incited violence against police” and “declared a virtual war on police”, influencing Gavin Long to travel from Missouri to Baton Rouge and commit murder. Gavin Long was shot dead on the scene by another police officer.

DeRay Mckesson traveled to Baton Rouge shortly before the killing and participated in the protests along Airline Hwy. He was arrested and charged with simple obstruction of a highway. The lawsuit claims that Mckesson “did nothing to calm the crowd and, instead, he incited violence.”

Mckesson won a settlement from the Baton Rouge City Council last fall for $100,000 in damages, which was divided up amongst dozens of protestors who were also detained during the July 2016 protests. Tullier’s lawsuit states that the case is worth more than $75,000, which is the jurisdictional minimum for a civil action. Tullier certainly deserves a lifetime of money for what he has been put through.

The protests last summer were sparked because of the shooting of Alton Sterling on July 5, 2016. Gavin Long had reportedly traveled to Baton Rouge looking for the two officers involved in the shooting. A friend of Long’s told the Kansas City Star newspaper that Long was obsessed with the video of Sterling’s death and that he also seemed to admire the gunman in Dallas, who had killed police officers there days before Long showed up in Baton Rouge. In a video Long filmed in Baton Rouge prior to the shootings, he can be heard telling others that he is “not really into protesting.”

DeRay Mckesson’s attorney, Billy Gibbens, has argued in the past that BLM cannot be sued because it is a movement and not an organization.

Liberals in America are constantly calling out “hate speech” and blaming it for violence. This lawsuit uses that same rationale against the radical Left. Certainly, Black Lives Matter’s incendiary rhetoric must qualify as hate speech against cops. The question is: can speech make people act?

BLM would always argue “yes”, unless of course the situation applies to them.