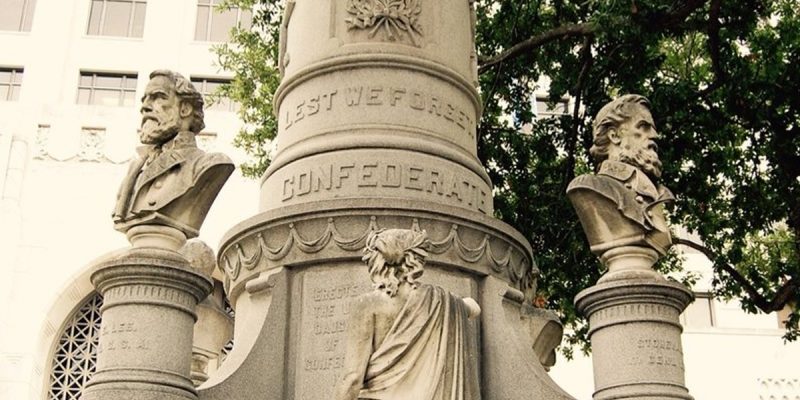 Thursday night was supposed to be the night that the Shreveport citizen advisory committee responsible for drafting a recommendation to the Caddo Parish Commission did its job and voted on what proposal to submit regarding the Confederate monument outside the Caddo Courthouse in Shreveport.

That didn’t happen, and the intense squabbling among committee members after the meeting adjourned made the reasons clear.

The official reason during the very short meeting was that one of the members, Jackie Nichols, couldn’t be present at the meeting. One of the committee members said it was too important a meeting to have a missing member, so the postponement passed with a majority vote.

More complaints revealed themselves once the meeting ended, and a back-and-forth started with Chairman RJ Johnson and committee members. Johnson said he was “disappointed” with the adjournment, but other members were quick to rebut that the proposed draft wasn’t the one they had been expecting.

Apparently, a subcommittee was formed to draft the official recommendation. For those unaware, that recommendation would have been submitted to the Caddo Parish Commission, and a decision on the fate of the monument would be made.

Only the chairman and two others were allowed on that subcommittee, and the draft they created was completely at odds with the discussions committee members had been having for months.

A draft of the proposal was released by several local media outlets, and showed the committee was planning on recommending that the monument be moved to another location. The accusation came from several committee members that Johnson had railroaded the draft into what he wanted, which was the removal of the monument. When called out on it, he deflected multiple times.

There were at least four different drafts, and we can assume the pro-monument people on the committee ensured those drafts outlined the monument staying where it currently sits. No word yet on when the next meeting will be held. The draft that was going to be proposed at the meeting can be viewed here.