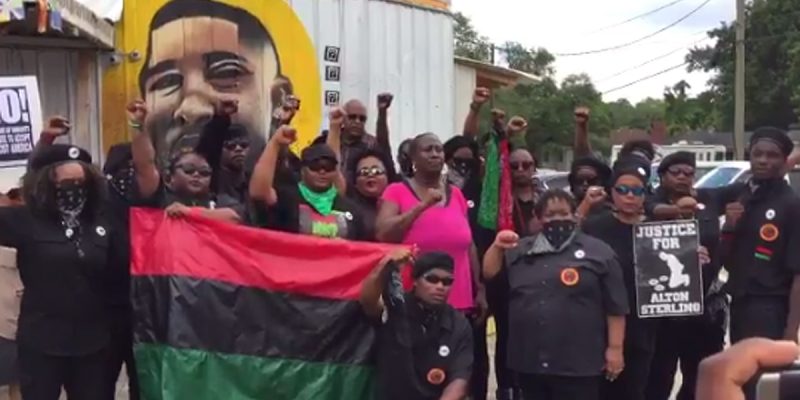 There is also evidence a production crew was hired to tape the protest as several of the Black Panthers arrested had microphones on them.

Click on the video below to hear Ceasar’s chilling words.

Of the seven Black Panthers arrested Wednesday five are from out of town and the home of the other two were not specified on arrest records. If Mr. Ceasar’s prediction of more Black Panthers coming to Baton Rouge is true, and that’s a big if, you would expect Baton Rouge PD to take every precaution necessary to prevent violence.  Ceasar also told me the family of Alton Sterling requested that the Black Panthers keep their guns in the trunk of their vehicles during Wednesday’s protest. It’s well known the Black Panthers carry guns in states that allow it.