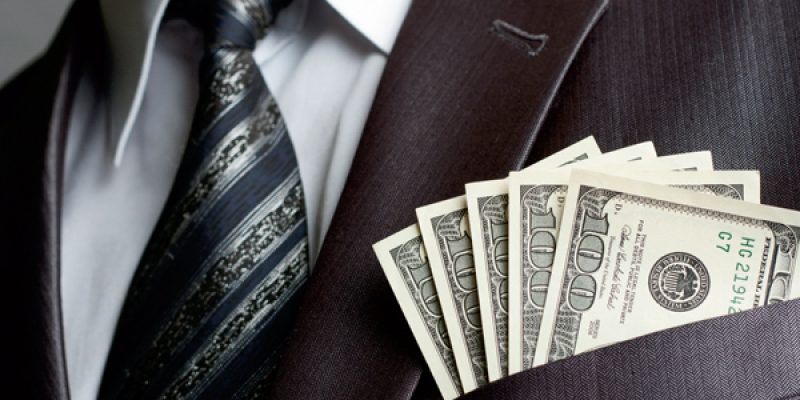 A treasure hunt for deep pockets. That pretty much sums up the flawed philosophy behind the ongoing legal attack that some politicians and personal injury attorneys are waging against Louisiana’s oil and gas industry.

They cloak their campaign in green and purport to carry the banner of environmental justice, but make no mistake: this legal scheme is all about targeting deep pockets. It is not about remedying past wrongs, and certainly not about justice.

For proof, we need to look no further than the lawsuit filed by trial lawyers on behalf of the Southeast Louisiana Flood Protection Authority-East in 2013, which has been repeatedly rejected by our courts. The suit sought to cast blame on the energy industry for Louisiana’s coastal land loss problems simply because the levee board wanted more money for flood protection projects and the industry was perceived as most able to pay.

The levee board’s flawed legal filing asserted a smorgasbord of legal theories apparently intended to bypass the inconvenient need to show that the defendants in the case actually caused the damage the lawsuit supposedly sought to remedy.

Regardless of fault or actual liability, the suit seemingly sought to extract as much money as possible from deep pockets to pay for flood projects and coastal restoration (and a boat-load of legal fees).

Ed Richards, a professor of public health law at the Louisiana State University Law Center and an expert on flood-related litigation, described the suit as “the latest chapter in the Louisiana entitlements saga,” referring to a series of ambitious environmental lawsuits filed by personal injury attorneys against “deep pocket” entities since Hurricane Katrina.

The problem with the plaintiff lawyers’ deep pocket strategy, of course, is the law. That’s why the courts have consistently ruled against them.

In February 2015, a federal district court judge dismissed the suit, finding that neither federal nor state law provide an avenue by which the levee board could successfully pursue its claims. U.S. District Judge Nannette Jolivette Brown even described the case as “a collateral attack on an entire regulatory scheme,” essentially exposing the suit as a poorly disguised attempt to subvert existing legal and regulatory processes to make money.

In March 2017, a three-judge panel of the United States Court of Appeals for the Fifth Circuit unanimously upheld Judge Brown’s decision. In April 2017, the Fifth Circuit rejected the levee board lawyers’ request for an en banc rehearing. Incredibly, despite being denied at every turn, trial lawyers for the levee board filed another appeal earlier this month— this time asking the U.S. Supreme Court to review their lawsuit. You probably have a better chance of winning the lottery than they do of convincing the high court to take up their case. The message from the federal district and appeals courts has been clear and consistent from the beginning, and yet they still don’t get it.

Unfortunately, it seems some politicians aren’t getting the message either. Governor John Bel Edwards recently hired one of his top political fundraisers to represent the Governor’s Office and the Louisiana Department of Natural Resources in an anticipated wave of new lawsuits similar to the levee board suit promising, “We’re going to be active litigants going forward.”

These actions will only continue to move us in the wrong direction and further weaken our already struggling state economy. Over the last two years, more than 20,000 Louisiana workers have lost their jobs. Today working families are paying $1,500 more in taxes than they did just a couple of years ago. By and large, we are paying more and earning less. Our families are struggling, and yet, the governor continues to focus his agenda on creating more lawsuits, more taxes and more barriers to economic growth. It is time to change course.

If there is anything to be learned from this colossal waste of time and money that has been poured into the levee board lawsuit it should be that the strategy of pursuing deep pockets justice may serve the lawyers, but it does not serve Louisiana.

Interested in more news from Louisiana? We've got you covered! See More Louisiana News
Previous Article Lies, Cronyism And Corruption: What Sharon Weston Broome Has Done To The BRAVE Program
Next Article We’re Only Nine Days Away From The Hayride’s Summer Dinner In Metairie…