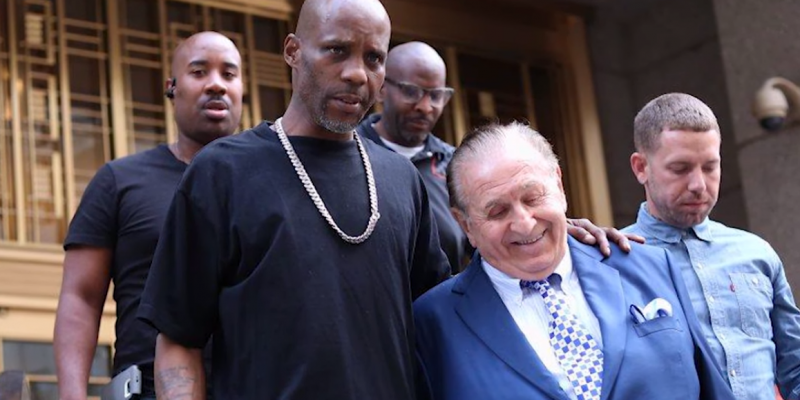 In case you needed a reminder that the government doesn’t play around when it comes to taxes, federal prosecutors arrested rapper DMX last Thursday on 14 counts of tax fraud. After appearing before a judge the following day, he was released on a $500,000 bond. Because nothing says “justice,” like setting a higher bond for tax fraud than murder.

Earl Simmons, otherwise known as DMX, rose to fame in the late 1990’s and early 2000’s amid the gangster-rap/trap-music phase of hip-hop. His bulletproof, take-no-shit, demeanor radiated in both his music and on-screen performances. Now, with his personal finances under the scrutiny, it appears he didn’t just act the part, he lived it.

Simmons reportedly failed to pay nearly $1.7 million in taxes incurred between 2002 and 2005 and didn’t even file for his personal income tax between 2010 and 2015 despite earning more than $2.3 million. Why he was still waiting around to be arrested in the US, and not lost on a beach somewhere is beyond me.

Though some may cheer his attempt to circumvent the tax-man, upon further examination it becomes evident that he wasn’t exactly shrewd in his deceit. In fact, he was basically asking for it, often demanding that his checks be written without tax withholdings, and avoiding personal bank accounts.

Simmons is far from the first celebrity to attempt to hide his earnings, too. Wesley Snipes,  Nicolas Cage, even Martha Stewart, have all felt the wrath of government after their individual attempts at keeping their own money out of the hands of bureaucrats.

Perhaps, the most iconic celebrity to be arrested for tax evasion is Al Capone, the 1930’s Chicago crime boss widely known as a bootlegger’s bootlegger. Even though Capone is rumored to have ordered a slew of murders, the only time the federal government ever came down on him was when he stiffed Uncle Sam out of his share of the profit.

It’s almost like the Feds are more worried about tax revenue than they are public safety, but what do I know?