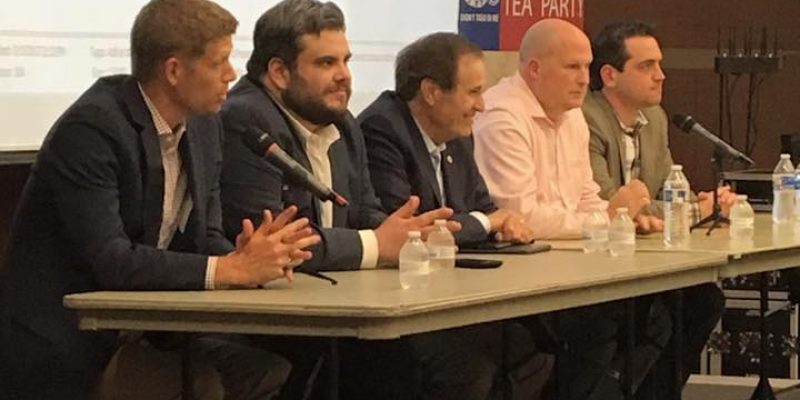 One of the greatest lessons I have learned was from the founder of Grassroots America – We the People, JoAnn Fleming. “Never think of politicians as friends.” That’s tough, especially when they are conservative allies. When you work with people, and when you trust them enough to endorse them it is hard to not form a friendship.

Several nights ago, I remembered why it is so important not to let that get in the way of my role as a conservative activist. A Texas state representative decided to delete my comment and block me on Facebook. This particular representative is someone I’ve endorsed and considered an ally. I have even worked the polls for his primary campaigns.

This particular elected official shared a post supporting Texas Lt. Governor Dan Patrick’s plan for a 5% reallocation to teacher’s salaries from school budgets and placing $200,000,000 in retired teacher health benefits; which, on its face, sounds great. More pay for teachers without increasing the budget is a great idea if it is viable. I want teachers to have great health benefits. I support teachers. Many of them are awesome people. These people that shape young minds receiving more pay and health benefits is a good thing. But then we start talking about that money coming from the government…the picture doesn’t look quite as rosy. Anything the government has must come from someone else. The government does not create wealth out of thin air.

As a citizen of Texas that has at least a little money going to the state in the form of various fees and taxes I decided to ask this Texas state representative where that money was coming from if it were going to the teachers’ benefits.

I commented on his public page:

I thought that was a reasonable suggestion and question. I also shared a post to my personal page where I encouraged others to question these allocations.

Unfortunately, my question was deleted and I was blocked on Facebook messenger.

I am not this rep’s constituent. I am a writer and activist. Because I am not his constituent, he does not owe me an answer. Yet if I have concerns, I would bet that at least some of his constituents share my concerns. As a fellow Texan it would have been nice to see him respond with a real answer to where that money is coming from.

These representatives go through a lot. They fight hard on the floor for sixth months making $600 a month. Then they go run for office where they have to defend their votes and ask everyone they know for money. They receive resistance from every direction.  That is why we must keep an eye out not just on them but for them. Do not let their exhaustion cloud their principles.

As a fellow conservative, I, in no way mean to add to stress or burden. Yet, when millions of individuals rights and incomes are in their hands, conservatives must be willing to confront them.

I am not writing this to call out any particular representative. This is actually a pattern I see from many people. They assume because we are allies or friends we must keep quiet and never publicly chastise or disagree. This is one example of what conservatives must be on the look out for in this upcoming special session.

It is easy to just pick a side. “I’m with Dan Patrick” or “I stand with Straus” are easy paths to take. You may decide to support one, and before you know it you are following instead of leading. Suddenly, questions about funding feel like attempts at character assassination.

They may not realize it now, but hopefully, when it’s all said and done they will regret it. When they are campaigning on fiscal responsibility and can not avoid or just delete question they will wish more of their friends had challenged them.

So for their sake, for the sake of conservative values in Texas, question leadership. You do not have to be harsh or mean. Perhaps, my concerns toward that state rep were a little too blunt and did feel like an attack. If that is the case then let this be a public apology. Maybe there was a simple answer to where it was coming from that I just have not seen.

These should be a public discussion. They should be moments of iron sharpening iron. We do not need disagreements to be behind closed doors. I believe our amazing conservative representatives are smart enough to defend their positions. Asking hard questions should make them and the legislation better.

I do not regret questioning officials. Whether they ignore me, block me, or condemn me I plan to continue to do so. Join me and together we can get real answers and cause them all to think about what they are doing. Reminding them that every dime they take is coming from someone else’s pocket.

Interested in more news from Texas? We've got you covered! See More Texas News
Previous Article APPEL: Are The GOP Senators Really Going To Walk Away From An Obamacare Repeal?
Next Article Here Are The Candidates Running In This Fall’s Elections