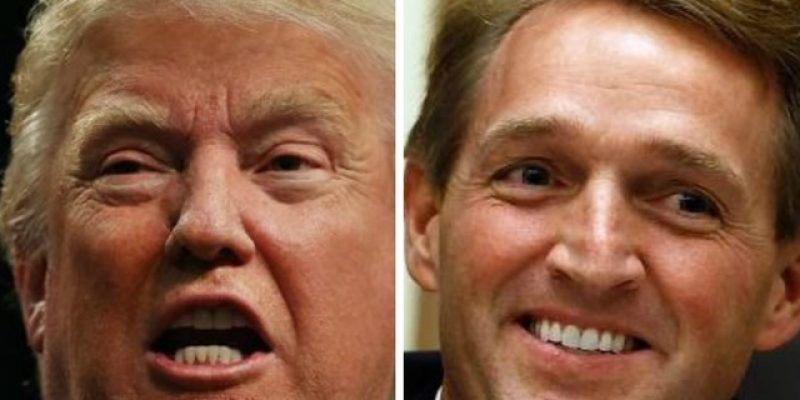 Senator Jeff Flake (R) from Arizona says that the Republican Party has “lost its way.”

“We’ve given in to nativism and protectionism. And I think that if we’re going to be a governing party in the future and a majority party we’ve got to go back to traditional conservatism,” Flake said Sunday on “Face the Nation.”

Flake who is a Republican has said that he was very hesitant to endorse the Republican Nominee for President of the United States. By doing so Flake went against his party and their leadership. Flake has shown numerous times that he is more concerned with working along side Democrats rather than the President.

When asked whether he believes Republican leaders are complicit in this notion if they don’t call out the president, Flake responded, “I do think so.”

“The last thing you want to do is wake up every morning and see a tweet… You know, it’s tough not to just say, ‘I’m not going to respond,'” Flake said. “And we can’t respond to everything. But there are times when you have to stand up and say, ‘I’m sorry. This is wrong.'”

“There are truths that are self-evident,” Flake added. “And you’ve got to stand up and call — whether it’s the White House or other elected officials — to task when they’re– they’re not doing what they should. And I do think that we bear the responsibility, if we’re elected officials, to do that.”

President Trump has addressed the tweets by saying it is his way of connecting directly with the American People.

There is one thing that President Trump and Senator Flake agree on and thats the media’s influence in politics. Flake said:

“I think certainly the modern media culture values those who yell the loudest,” Flake said. “And so the tougher path is frankly to have the kind of demeanor that some people might call boring.”

“But you’ve got to move ahead and tackle the policy issues,” he added. “And the problem is this is very much getting in the way of us solving the problems that we’ve got to solve.”

President Trump has lost faith in Senator Flakes ability to be a good Republican. As seen in these tweets below: 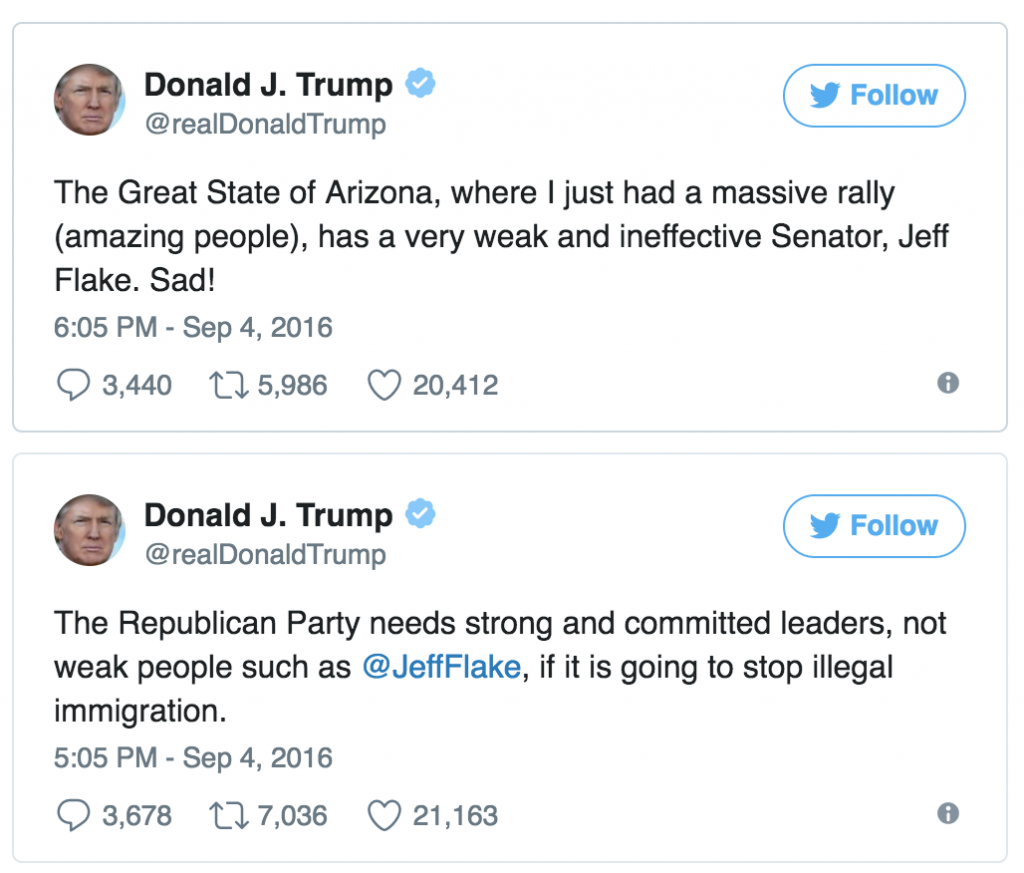 There is an election for Senator Flake’s senate seat in 2018 and with little backing from The White House or Republican Party many wonder if the incumbent will loose the general election. It has been said that Senator Flake is running against Donald Trump. As of right now the only other declared Republican candidate is Dr. Kelli Ward. The White House has shown that they are more than willing to work with Ward.

Interested in more national news? We've got you covered! See More National News
Previous Article 3 Things To Know About The New White House Chief of Staff John Kelly
Next Article Venezuela Is Now A Full-Fledged Communist Dictatorship; What Should We Do About It?