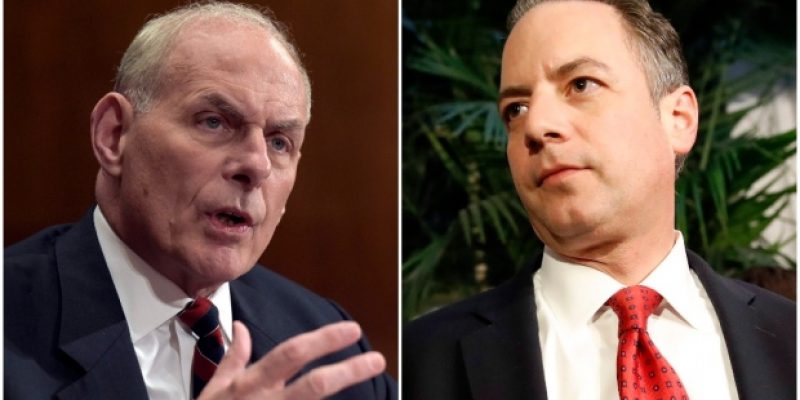 The Resignation of Reince Priebus:

On Friday, July 28th President Donald Trump accepted the resignation of the current White House Chief of Staff Reince Priebus. Following the resignation of Priebus, Trump named Former General and Current Secretary of Homeland Security John Kelly as the new Chief of Staff. He made the announcement via Twitter. As of this moment, The White House has not released an official statement from the Office of the Press Secretary.

“I am pleased to inform you that I have just named General/Secretary John F Kelly as White House Chief of Staff. He is a Great American….”

“…and a Great Leader. John has also done a spectacular job at Homeland Security. He has been a true star of my Administration”

“I would like to thank Reince Priebus for his service and dedication to his country. We accomplished a lot together and I am proud of him!”

. He served in the United States Marine Corps. General Kelly served from 1970 to 2016 rising through the ranks and commanding the United States Southern Command. He is a decorated retiree with awards including Defense Superior Service Medal, Legion of Merit w/ 1 award star and Combat V, Meritorious Service Medal, Navy and Marine Corps Commendation Medal w/ 3 award stars, and many others. He served in both Persian Gulf War and the Operation Desert Storm. Kelly also served as the senior military assistant to the former Secretary of Defense Leon Panetta. In 2014 Kelly made a statement regarding the War on Terrorism:

“If you think this war against our way of life is over because some of the self-appointed opinion-makers and chattering class grow ‘war weary,’ because they want to be out of Iraq or Afghanistan, you are mistaken. This enemy is dedicated to our destruction. He will fight us for generations, and the conflict will move through various phases as it has since 9/11.”

2. Kelly was appointed to serve as the Secretary of Homeland Security under the Trump Administration. Many close to the

President said he was chosen because of his “Southwest border expertise.” In April of 2017 Kelly gave a speech at George Washington University saying:

“If lawmakers do not like the laws they’ve passed and we are charged to enforce, then they should have the courage and skill to change the laws. Otherwise, they should shut up and support the men and women on the front lines.”

During Kelly’s tenure as leader of Homeland Security, he took aggressive steps with the administration to secure our nation. Some of these steps included working on sanctuary cities, securing our southern borders, and tightening up the international travel restrictions for the Transportation Security Administration.

Many are waiting to see what will happen in the Trump Administration.