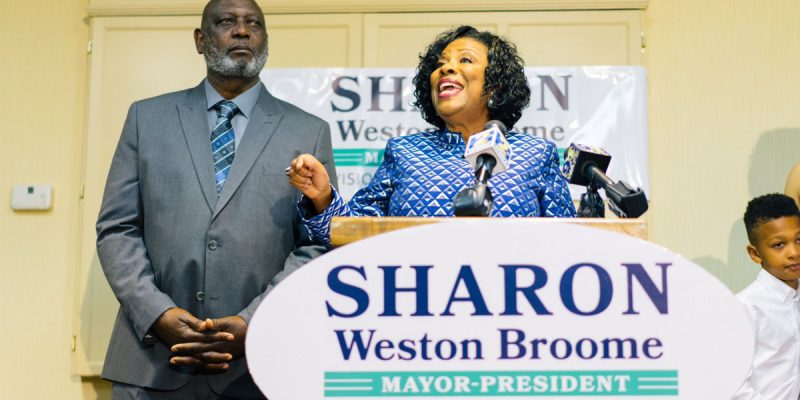 Yesterday Baton Rouge mayor-president Sharon Weston Broome held a press conference to push her idea of a 5-mill increase in property taxes in East Baton Rouge Parish to fund an unsubmitted (as yet) list of road projects. Broome’s tax increase was very similar in some respects to a failed initiative on last year’s ballot, and public sentiment this spring was solidly opposed to a tax increase touted by Gov. John Bel Edwards and some members of the Capitol Area legislative delegation to support road projects – one reason it failed to pass.

But according to a Southern Media and Opinion Research survey conducted a week ago and released today, two out of three people in Baton Rouge just love a tax increase to fund road improvements. Where these people were on Election Day is a question, but in any event…

According to the results of the poll, conducted between June 30 and July 3, 65.1% of voters said they would support a five-mil tax dedicated to “improving existing public roads, constructing new public roads and funding drainage projects,” says pollster Bernie Pinsonat, who conducted the survey of 400 registered voters.

More than 81% agreed the city-parish needs a computerized traffic control center that will synchronize traffic signals and left turn signals.

And 87% of those polls said traffic congestion was the area’s most serious problem—ranking it above flooding and drainage concerns.

“The public is not interested in just putting down more concrete,” Pinsonat says. “They understand you can put all the concrete down that you want, but if you put down 15 red lights you haven’t made their lives any better.”

The poll was paid for by a few business owners who apparently were solicited for checks by CSRS, the engineering firm serving as the project manager for the original Green Light road improvement program the city-parish embarked on – it was Green Light II which failed at the ballot box last year. That said, your author was called to respond to the poll; take that fact for what it’s worth. For this part, it isn’t difficult to believe people who’ll raise $8 million in taxes for the crooked East Baton Rouge Council On Aging will support doing so for roads.

One wonders whether anybody in that 65 percent has seen this graph, though – it calls into question whether Baton Rouge couldn’t find $20 million for road improvements in its own budget before looking into ours… 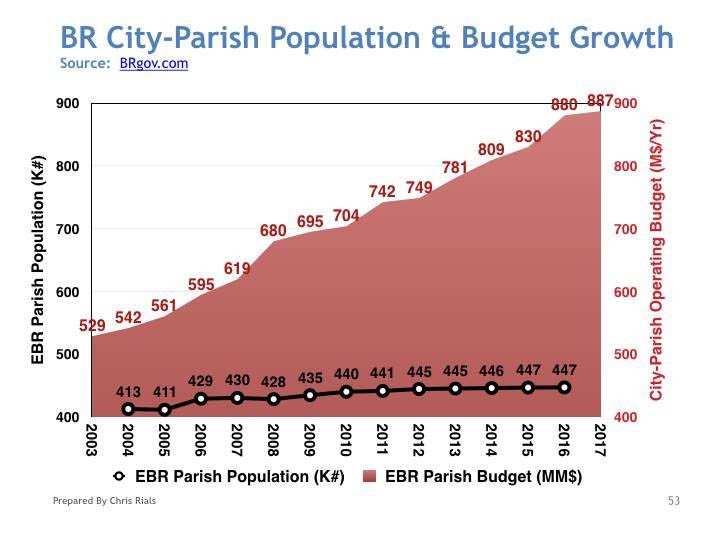 The pollsters asked for approval ratings on Broome and John Bel Edwards; so far we haven’t seen those results. One imagines Edwards is highly popular in Baton Rouge; Broome might be a little less so.