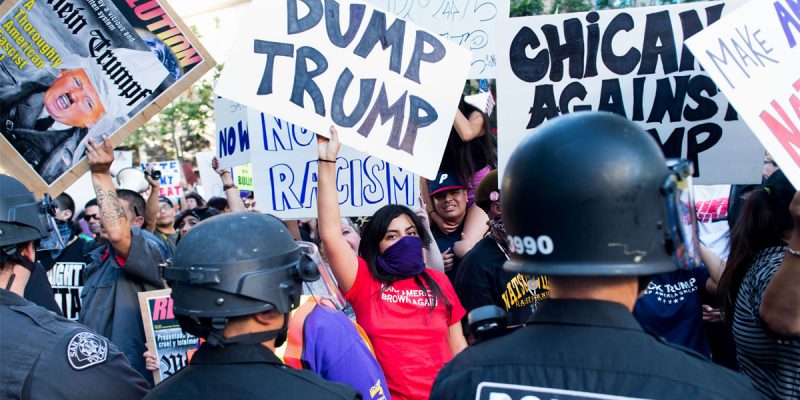 The radical left has been targeting Bill Cassidy for demonstrations over the healthcare bill. They’ve been accusing him of killing 22 million people because of his opposition to Obamacare or something.

Well, a few of their protesters found themselves arrested for disrupting other businesses. Apparently they made so much racket and were disruptive enough that they had to be hauled off.

Hailey Saucier, 26, Mark Darensbourg, 33, and Laura Welter, 29, were arrested on charges related to violating a state statue for “remaining after forbidden.”

Jefferson Parish Sheriff’s Office officials said the arrests happened after 11 a.m. when about a dozen protesters arrived at the building at North Causeway Boulevard and 14th Street.

The group was asked to leave the building because they were disrupting other businesses that are also located where Cassidy has his office. The Sheriff’s Office said the protesters were warned several times they would be arrested if they didn’t leave.

Unfortunately, there are no booking photographs available. Two of the arrested were from New Orleans while the other one is from Ponchatoula.

The left-wing protesters have been going after the Louisiana Congressional delegation because they’re Republicans and they’re still butthurt over the presidential election. They can protest all they want, but they cannot bring other businesses to a halt.

Interested in more national news? We've got you covered! See More National News
Previous Article Another Shooting Incident With An Officer Leaves A Suspected Criminal Dead
Next Article Mitch Landrieu Turns His Attention To The Pressing Issue Of Climate Change