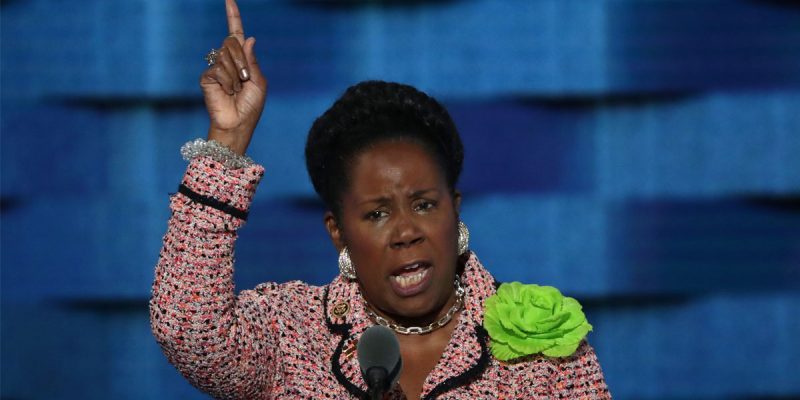 President Donald J. Trump’s tweets are hardly a new phenomenon in American politics as far as he’s been involved.

The President, even when he was simply a businessman and not yet a candidate for this nation’s highest office, has been known for his bombastic and sometimes quizzical tweets that have ranged from a variety of topics such as Diet Coke to his recent attacks on the media, more specifically Mika Brzezinski and CNN. However, while the media continues to obsess over how Trump’s behavior is not presidential or how he is encouraging “violence against reporters,” as CNN put it, House Democrats have begun a series of moves against the President that have gone virtually unnoticed by the media.

I first became aware of this pivot while simply scrolling through Facebook, where I happened upon an article about Representative Sheila Jackson Lee (D-TX)’s comments about invoking the 25th Amendment to the United States Constitution to relieve the U.S. of President Trump.

“The 25th Amendment is utilized when a president is perceived to be incompetent or unable to do his or her job,” stated Representative Jackson Lee.

Being from Texas and more specifically the area near Houston, I scoffed at her comments; Sheila Jackson-Lee is a well-known quantity in Texas politics, and for all the wrong reasons. (You only need to remember her comments on the “two Vietnams, side by side, North and South, exchanging and working” to understand what I mean; that’s only the top of the pile.) However, as I discovered, that hasn’t been the end of this theory that the 25th Amendment could be invoked to remove President Trump – in fact, it was only the beginning.

This entire episode began when Representative Jamie Raskin, a Maryland Democrat, proposed a bill that would invoke the 25th Amendment to remove the President from office after his tweet about “Morning Joe.” The bill since then has picked up the support of twenty-five Democrats in the House, including Representative John Conyers (D-MI), who serves as ranking member of the House Judiciary Committee, and Representative Debbie Wasserman-Schultz (D-FL), who many remember as the head of the DNC. Discussion of Trump’s mental stability even made its way onto “Morning Joe,” in which Mika Brzezinski and Joe Scarborough questioned if he was mentally stable enough to watch their show.

This is obviously isn’t the first attempt that Democrats have made to find a way to push the President out early. We’ve all heard the calls by rank-and-file representatives from the Democratic Party to impeach the President for a litany of crimes that have been allegedly committed. We’re aware of their constant attacks over an alleged collusion with Russia in the 2016 election, something that appears at this moment to be circumstantial at best.

Rather than developing some sort of cohesive way forward for their party following their 2016 loss, or even developing eye-catching tweets to compete with Trump’s, the Democrats have resorted to trying to find an easy way out rather than becoming the opposition. This approach, however, is no less of a reach than the last one. The 25th Amendment, enacted in 1967, has only been activated in passing in times that presidents have not been immediately able to execute the duties of their office, particularly with surgeries as in the cases of Presidents Reagan and George W. Bush.

The section referenced by Representative Raskin in his bill is Section 4, in which two options are given in the case of a presidential incapacitation: removal by the Cabinet and Vice President, or as Raskin has noted, removal by a body designated by Congress and the Vice President. The concept is certainly a stretch for a variety of reasons; first, Section 4 has never been invoked and would be uncharted territory in U.S. history. Beyond that, Raskin has to get his bill through Congress in order to form a commission under the 25th Amendment, something that is almost impossible considering the GOP control of the House of Representatives. It would require all 194 Democrats to vote for such a bill, which isn’t very likely to occur, in addition to 24 Republican defectors. Even if Raskin could procure these votes, then the Vice President has to permit such a commission, something that Vice President Pence would be incredibly unlikely to do.

Such a plan by the Democrats is ludicrous. No politician should be removed from office simply because the opposing party does not like or agree with them, and this is no exception. Just because Donald Trump tweets things that are considered by some to be beneath the office of the Presidency does not constitute impeachment and certainly does not constitute removal under the insinuation that he is mentally unfit to serve.

If this is the game plan for 2018, the Democrats will be in for a day of reckoning. That’s what you missed while President Trump was tweeting about “Morning Joe.”

Interested in more news from Texas? We've got you covered! See More Texas News
Previous Article Texas Special Session 2017: What You Need to Know
Next Article Ted Cruz Might Have Just Solved Obamacare Riddle In The Senate