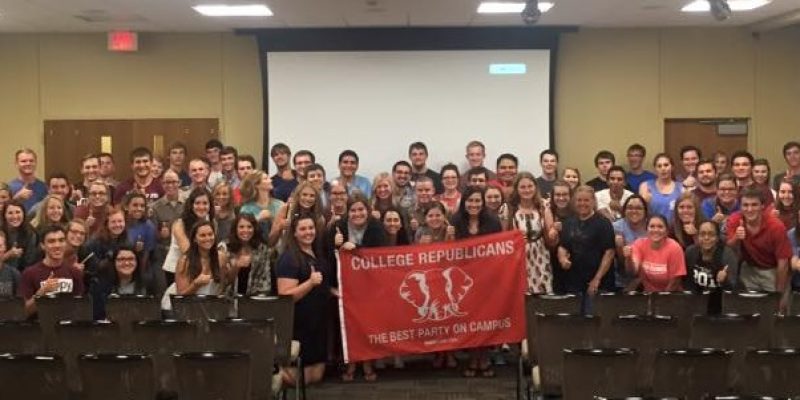 Friends,Last year, I made a promise to my congressional district at The Texas GOP Convention that I would uphold and…

According to Ciggelakis, the split came due to a disagreement with the state leadership of Texas Federation of College Republicans (TFCR).

According to sources, two slates ran for leadership control of TFCR with one slate winning the chairmanship and the other controlling the rest of the board. When the chairman stepped down the other ticket had full control of the board and some chapters have not felt able to work with current leadership. A new Texas Association of College Republicans seems to be looking to form for discontented chapters.

Connor Clegg of Texas State posted the following to describe the reasoning behind the new association.

“I hear there’s a lot of infighting with TXFCR and a lot of people got tired and just wanted to get back to work. About half of the federation has decided to work on spreading the conservative message instead of engaging in petulant bickering.”

The Brazos County GOP is not happy about the move and sent a letter sharing their discontent. The letter is addressed to David Isenhour, the current chairman of the Texas A&M College Republicans. It lays out the following as reasons for the Leadership Committee of Republican Party of Brazos County to unanimously have a vote of no confidence in Isenhour’s leadership:

The letter ends by stating this the first measure taken against Isenhour, but that more may come. It is unclear what a county party can do to a college club. Some smaller clubs rely on the relationship with county parties, but many larger ones act completely independently.

A second letter was sent to the entire Texas A&M College Republicans board calling for their resignation.

Therefore, the reasons outlined above are what led to the unanimous vote held by the Leadership Committee calling for your immediate resignations. Good luck in all of your future endeavors.