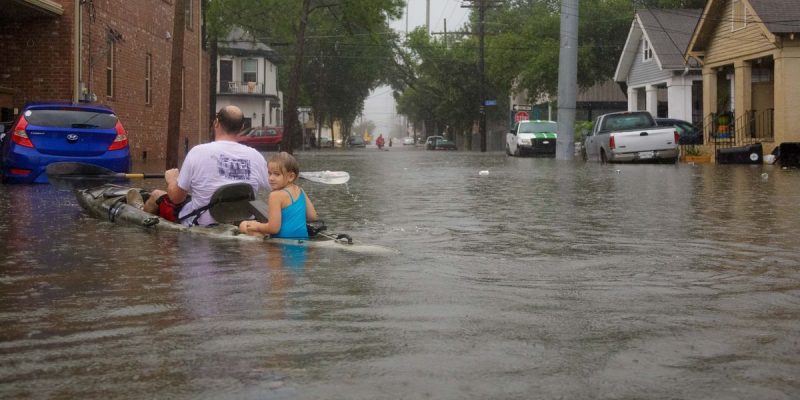 The heavy rains began to drench parts of New Orleans just after two in the afternoon Saturday. By 2:30 streets filled with water and flooding was everywhere, some places thigh-high. Where was City Hall?

“The failure to, really quickly, to tell people what was happening left a lot to be desired,” City Council Jason Williams told NOLA.com Monday.

“I do think that the mayor or DPW or someone can and has to come out and address the public in a way that encourages people to stay home if they can, lets them know that water is not draining properly in certain areas, so, if you have to, (you can) move your car when we’re still in the 1 to 2 inch water stage,” he said. That “didn’t happen fast enough.”

Deputy Mayor, or should we say acting Mayor Ryan Berni, admitted the city was caught off guard. (Berni is more like an acting mayor since Mr. Landrieu is often traveling fulfilling his new duties as President of the Conference of Mayors.)

Even the Landrieu sycophants over at the Times Picayune questioned the mayor’s delayed response writing,

“The delay in relaying information to the public as the storm turned from a typical summer shower into a dramatic flash flood raised questions about how efficiently the government’s emergency communications efforts operate. It also raised uncertainty whether the city had a concerted plan to respond to suddenly rising waters during a freakish weather event.”

You know Mr. Landrieu dropped the ball when his media allies raise questions about his competency.

On Tuesday the City Council will hold a 1PM meeting looking for answers to questions from the Landrieu Administration like how many pumping stations were operating and what role did blocked storm drains play in the flooding and where was City Hall in all of this?

Interested in more news from Louisiana? We've got you covered! See More Louisiana News
Previous Article VIDEO: The Friendly Gator On The Porch In Breaux Bridge
Next Article There’s Something For Everyone In The Cleve Dunn-Trudy White-RHI Lawsuit